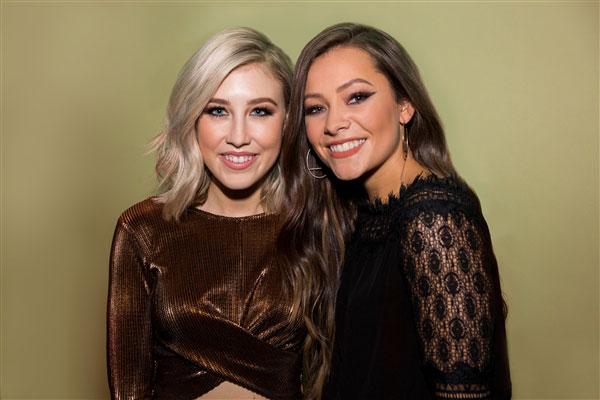 Let’s face it, women rock. From female environmental activist Greta Thunberg to award winning gymnast Simone Biles, women have been making news, breaking records, and changing the world one day at a time.

This year, Music Choice is putting the spotlight on female performers by launching our 24/7 “Women in Country” video channel. This channel will feature all of your favorite female country musicians all the time. Check out some of our favorite country artists and the artists that they inspired!

There aren’t many people who haven’t heard of Dolly Parton.  Even if you haven’t, you’ve most definitely heard her music; songs like “9 to 5” and “Jolene” are country classics! Dolly’s unrivaled songwriting skills and her beautiful voice have made her one of the most iconic entertainers of all time!

“I’m a big fan of all kinds of music, mostly just great songs no matter what the genre. Dolly has been a part of several genres in her career, from her writing Whitney Houston’s biggest song, “I Will Always Love You” to covering Collective Soul, “Shine” and of course, ‘Imagine’. She is timeless and every time she sings a song she makes it hers whether she wrote it or not. It’s a tall order to sing something John Lennon wrote, but that why she’s Dolly Parton. I love the simplicity of this video. Some videos just need to be a way to let the song shine through. She sings her butt of on this track as well.” (Clare Dunn on “Imagine”) 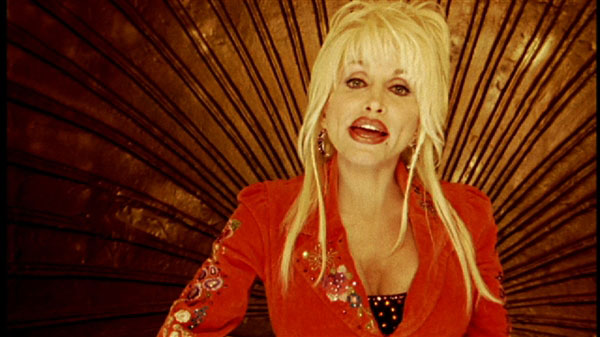 Reba is so iconic; you don’t even need to hear her full name to know who we’re referring to! It’s not an exaggeration to say that her music career has greatly influenced the country genre and the country artists who have followed in her footsteps.

“I saw it as a little girl, but I remember this having a great effect on me. This video was the first one I saw that was a short movie in three minutes. I thought they told the story of this song masterfully in this video. I had no idea what Reba was evening really talking about I was so little, but yet I was still captivated and mesmerized but the video itself. Videos should be a work of art all on their own and Reba nailed this one. She was/is a pioneer.” (Clare Dunn on “When Whoever’s in New England”)

“This was the song you didn’t mess the lyrics up when mom handed you the broom handle in the kitchen. You forget the words, you’re grounded. A staple in our household growing up.” (Kassi Ashton on “Fancy”)

“From growing up on a farm with horses to the relationship I have with my daddy, this video reminds me so much of my childhood. The horses running wild beautifully symbolize our time here on earth. I can feel the peacefulness of letting someone go through this video.” (Lainey Wilson on “Just Like Them Horses”) 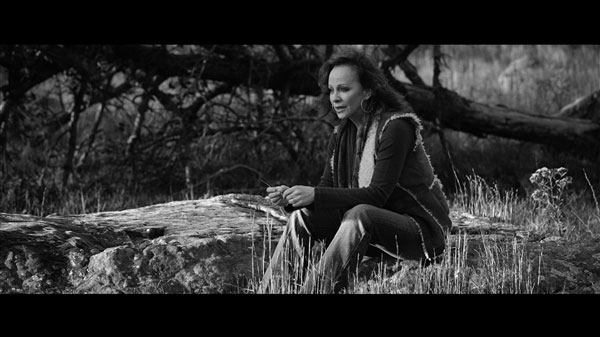 Faith Hill is a country superstar that’s inspired and shaped many of today’s female country artists. From her smash hit “Breathe” to her love song with husband Tim McGraw “Like We Never Loved At All,” all of Faith’s songs are instant classics!

I wore this record [“Breathe”] OUT when it first came out. There were weeks on end where I think I listened to this song so many times over that my CD wouldn’t work anymore. There was something about Faith’s strength and femininity in this song that inspired me so much. (Lindsay Ell)

“I have been obsessed with this video since the first time I watched it. It’s like a mini movie and I just love the story both Faith and Tim tell. It’s so dramatic!” (Sara Evans on “Like We Never Loved At All”)

“I remember when this [“Breathe”] came out. She looks stunning. This video really pushed the envelope on how sexy a female country music video could be at the time. A total game changer.”  (Martina McBride)

Shania Twain is still the one we put on repeat all day, every day! Her trailblazing pop-country tracks impacts everyone who listens to her music. This, of course, includes some of our favorite country artists!

“This song [“No One Needs to Know] and this album was the reason I fell in love with country music. Shania was my idol growing up, and this was one of the first songs I learned to sing/play guitar at the same time. You could say this was one of the songs that started it all.” (Lindsay Ell)

“This video is and forever will be timeless. The height of big budget video production – you can’t get any bigger than an Egyptian backdrop. I was a little girl and saw this video and my life changed. Shania is an amazing songwriter, artist, singer, but also her videos told the story of her songs as well. I always admired and loved her for that. Plus, being a cowgirl, I loved all the horses and horse riding scenes.” (Clare Dunn on “The Woman in Me”)

“Shania Twain has had a huge impact on me growing up and this is an iconic video that everyone knows!” (Gabby Barrett on “Man, I Feel like a Woman”) 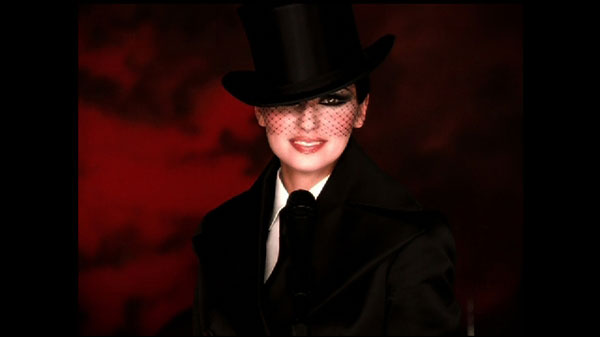 It’s not surprising that Kacey Musgraves won “Album of the Year” at both the 2018 Grammy’s and the 2018 CMA Awards. Her album Golden Hour is truly golden. Kacey’s addition to the modern country music genre has paved the way for female country artists to come!

“I am a fan of the whole Golden Hour record; let alone this song [“High Horse”]. You can’t help but dance when you hear this, and Kacey’s writing is so honest and authentic, it brings you in the minute you hear it.” (Lindsay Ell)

“I am a huge fan of all things throwback. This music video grabbed my attention from the beginning with the bright colors throughout each scene.  And I love how much fun she had with calling someone out on their ‘junk.’” (Lainey Wilson on “High Horse”) 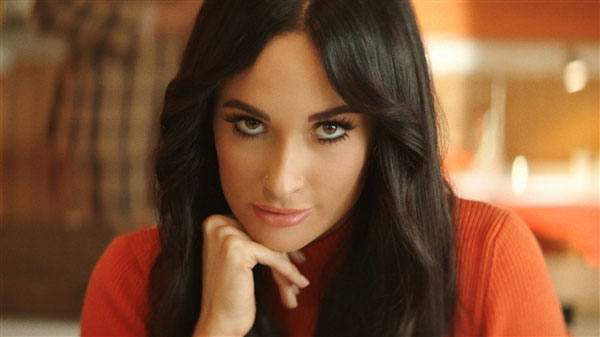 It’s been over a decade since Carrie Underwood won season four of the popular music competition show, American Idol. Ever since then, she has proven time and time again why she deserved the crown. Every song released by Underwood is bound to be hit!

“I love the range of this song [“Cry Pretty”] and Carrie sounds like a powerhouse singing it. I love to cover it in my sets too!” (Gabby Barrett)

“We love this video!! We actually were invited by Carrie to be a part of the video on our off day in Texas and it was so much fun – this song always gets us girls in a good mood and we loved being a small part of the video.” (Runaway June on “Southbound”) 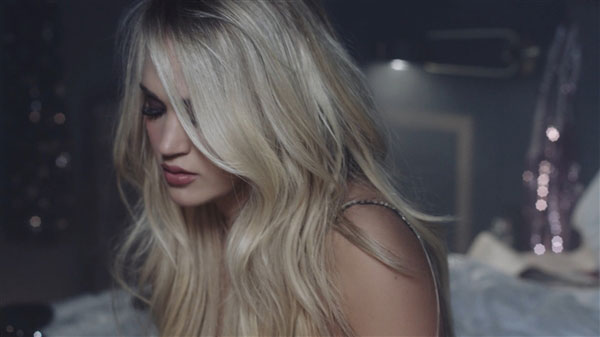 Ever since Ell’s first EP, Worth The Wait, dropped in 2017, every project she has released after has definitely been worth the wait! Ell is a country artist who has already made her mark on the genre!

“Lindsay’s guitar playing is incredible and I love this song!” (Gabby Barrett on “Criminal”)

“This earworm! Lindsay is one of the hardest working women in our business and her heart is tireless. I love this song and her… so that makes it an easy pick.” (Stephanie Quayle on “Criminal”) 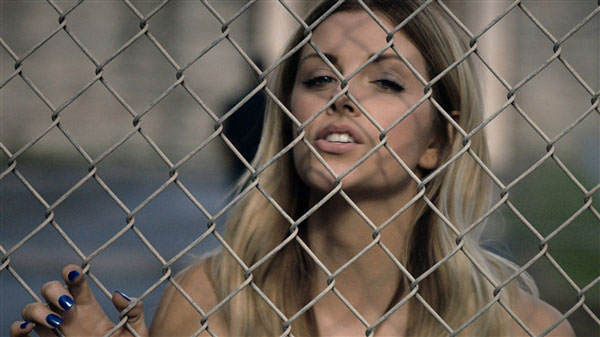 Maddie & Tae is a duo to look out for! Their debut single “Girl in a Country Song” brought a new sound to the country genre. They’re a prime example of why two is better than one!

“We chose this [song] because Maddie & Tae were ahead of the game on what it means to be a female in country music today. This song and video challenged the country music stereotype and they helped start a movement for females in this genre.” (Runaway June on “Girl in a Country Song”) 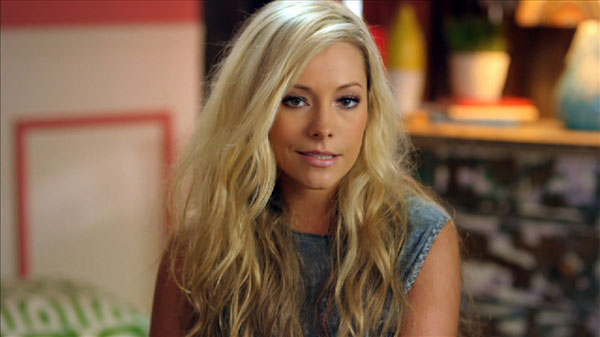 We love Caylee Hammack here on Music Choice! She’s an artist that’s not afraid to mix a little pop-rock into her country music. Her captivating lyrics and fiery voice makes her an artist to watch.

“I think Caylee is so talented and so fresh. Her fiery red hair is the perfect calling card to accompany her big voice.” (Kassi Ashton) 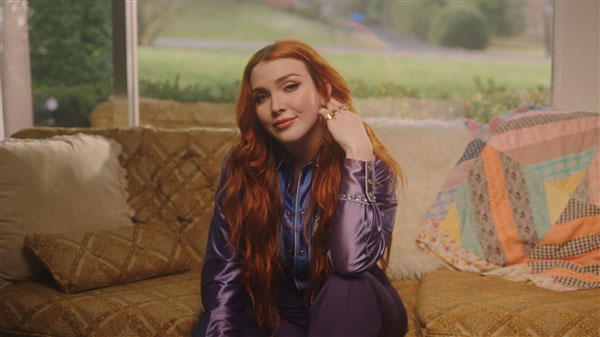 Find all of these artists on playlists and more only on Music Choice!