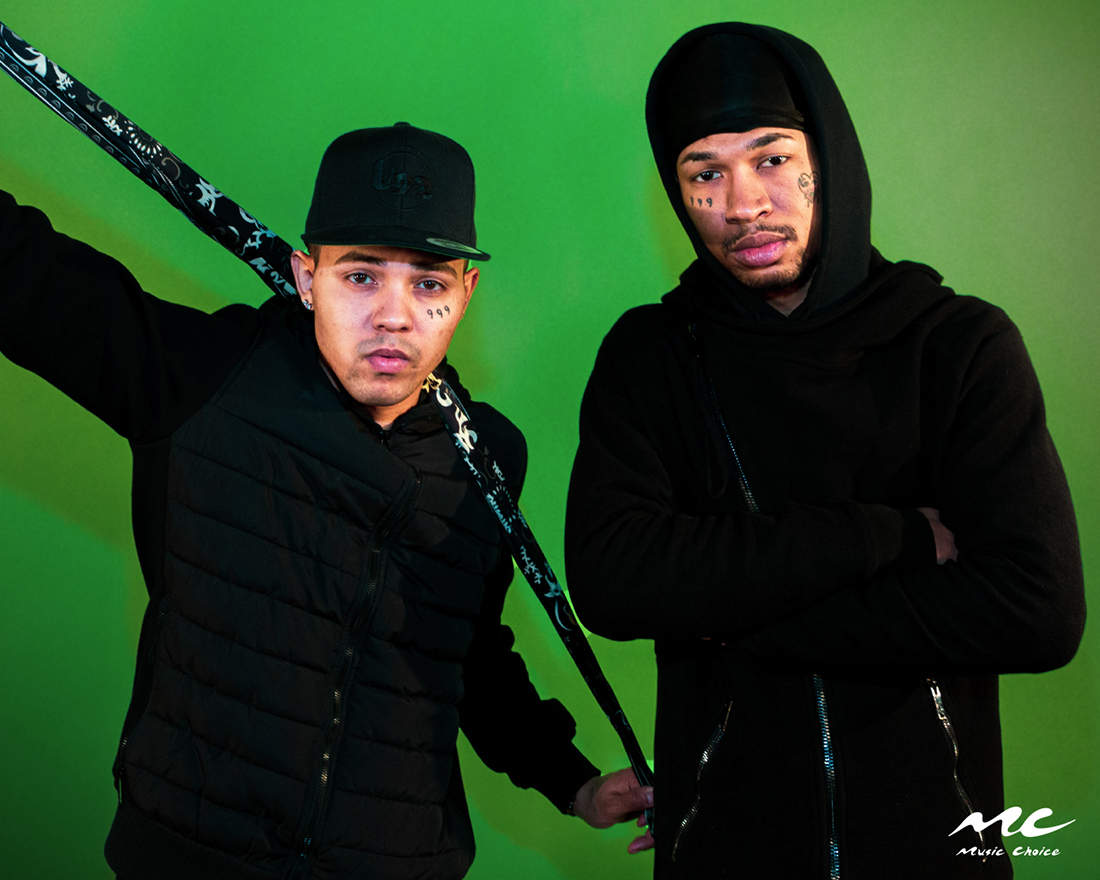 Your new favorite rap duo is coming straight out of… Utah? 4ternity is Tay Krew (Ashton Taylor Muir) and Lake God (Kevin Henry Knox) and today (3/13) they dropped the third in a 4-part EP series with 4CLOSURE via Island Records. The release is four (sensing a theme yet?) tracks that can get the party started but also get into some feelings. The release shows the duo really coming into their own, showing off that they can hit you with turn-up anthems and also convey how life’s struggles are weighing on them.

The guys recently came by the Music Choice studios in New York where we chatted about just how they were the first rappers to pop from the Utah rap desert. After reading make sure to head to the Music Choice webplayer to catch 4ternity’s distinct music videos!

Music Choice: Tell me how you guys got together.
Lake God: Family and friends kept telling us we had to meet up.

MC: Why were they saying that?
Tay Krew: Because we’re both dope. He was doing his dancing and I was doing some acting. We both had started working on some music. I had connected with his uncle at a studio I was using and he would tell me how I had to hear his nephew’s stuff. He would be showing me videos and blah, blah, blah.

I was like, ok he’s lit, I’m lit. We finally linked in the studio and it was quite the experience.

MC: You guys had the chemistry right away?
TK: Oh yeah, it’s been interesting since the start.

MC: When you say interesting…
TK: It’s been a roller coaster. Since the minute we met, we’ve been tight like brothers. When we started we couldn’t imagine being where we are now.

MC: Since you were both working on music individually before meeting has your creative process changed much since becoming a duo?
LG: We’ve always naturally worked well together.
TK: What I like about how he works is that it’s very fast. By the time he gets in the booth, he knows what he’s going to do. You can hear our chemistry. Not everyone gets to work with their best friend. A lot of people in groups don’t even like each other!

MC: You don’t mind being together outside the studio.
TK: I don’t think we’ve been apart for three years. We get on each other’s nerves but it’s funny. He trolls me all the time. I’ll be sleeping and the next minute there’s a baseball mitt around my head. Then he’s laughing and running out of the room.

MC: Something would be wrong if it was too perfect.
TK: We’re real-life brothers. 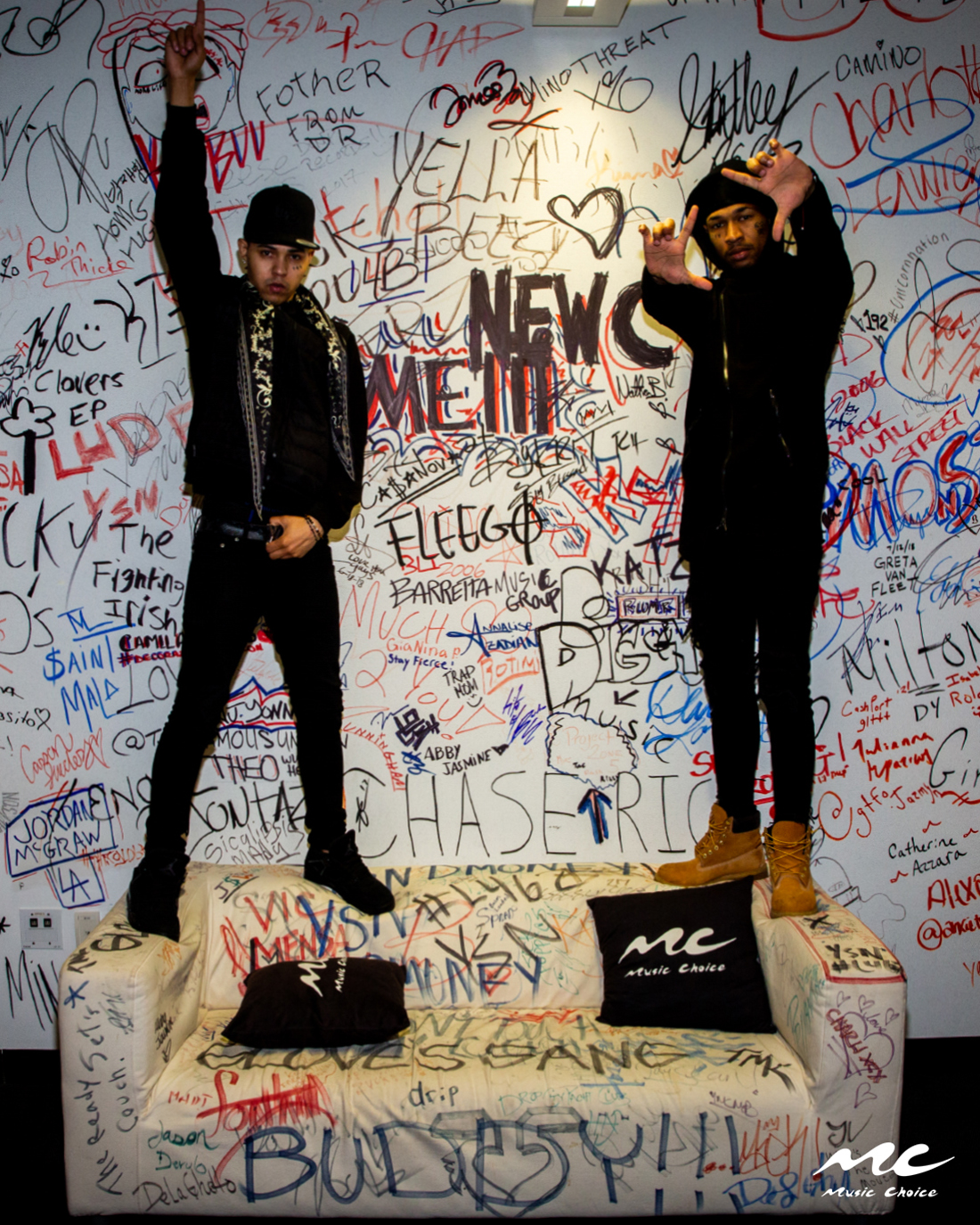 MC: Let’s go back to Utah. Was there a rap scene there when you guys were starting out?
TK: In Utah?!
LG: Nope. There’s never been a rapper to make it out of Utah.
TK: For a minute it was uncool to be a rapper from there. Now there’s been a spark…

MC: Why do you say it was uncool?
LG: It was more like you can’t be a rapper… from Utah.

MC: How important is being from there to you guys? What’s your level of state pride?
TK: We get hundreds of messages with people saying how we inspired them to do whatever it is they’re doing. We sparked a whole new wave! 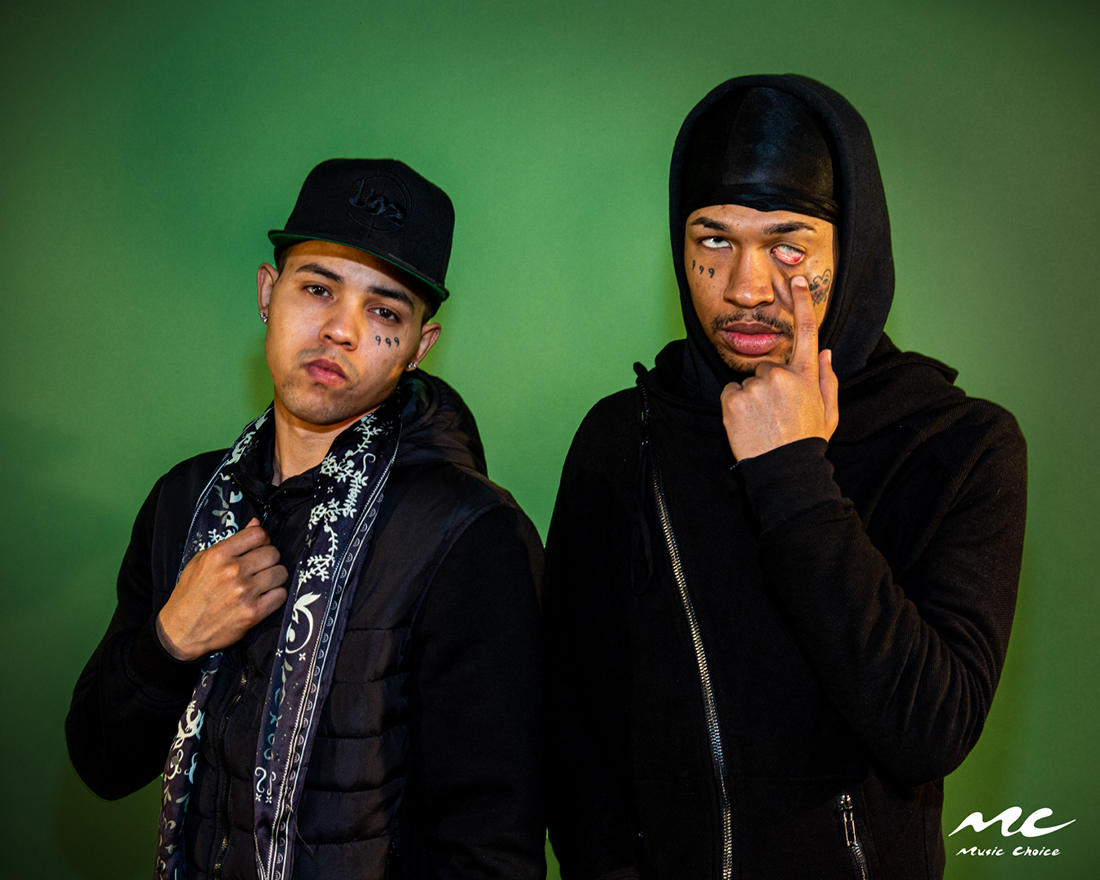