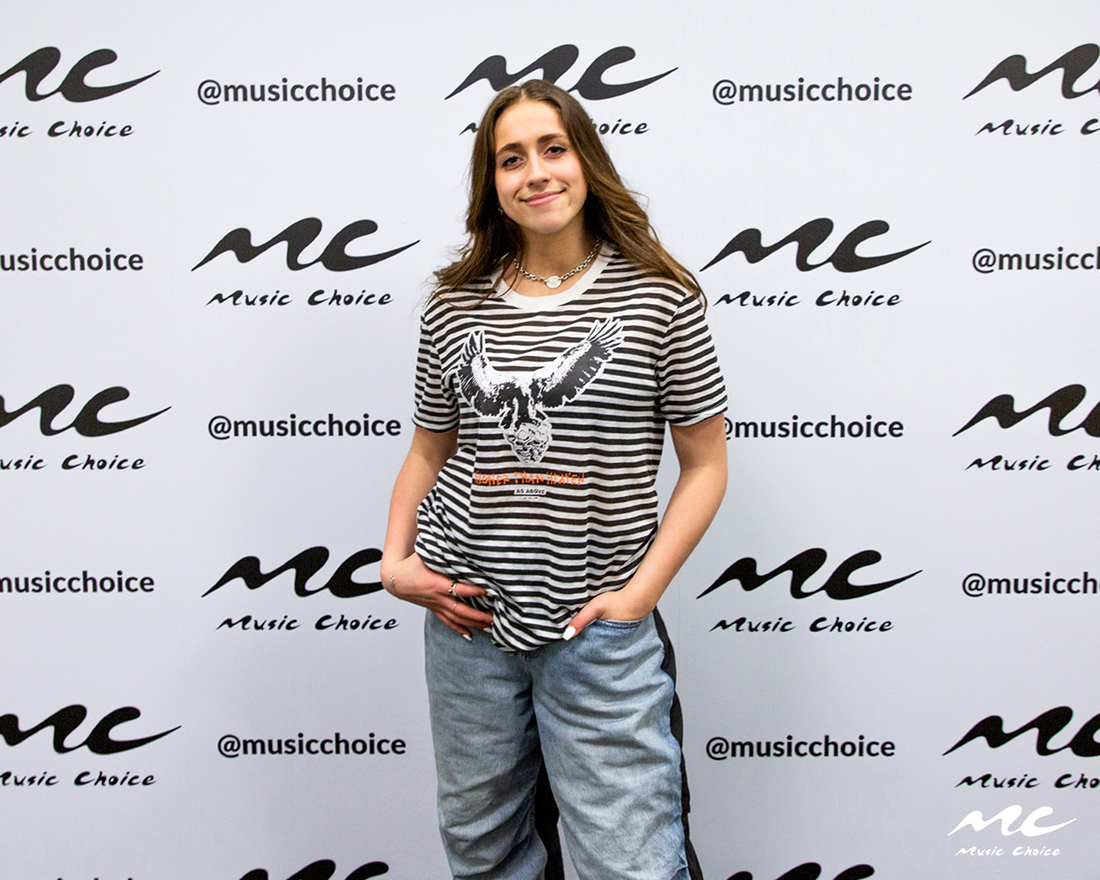 The high school experience is different for everyone. Some run for student council treasurer or join Spanish club. 16-year-old Tate McRae is just selling out tours and garnering millions of streams for tracks from her debut EP. Yep, as she still attends classes (most of the time) Tate’s released All The Things I’ve Never Said on RCA Records and has sold out the tour behind it!

She’s also an incredibly accomplished dancer taking home third place on Season 13 of So You Think You Can Dance and winning “The Best Dancer” three times at the Dance Awards. What can’t she do?! Perfect attendance is out the window this year, we guess.

Read on for the chat we had with Tate as she recently stopped by the Music Choice and look out for her jams on MC’s Teen Beats channel!

Music Choice: Congratulations on the release of All The Things I Never Said. How did it feel waking up that Friday morning and seeing it available everywhere?
Tate McRae: I opened my phone and someone had sent a photo of a billboard of me in Times Square! That is truly something I never thought would happen.

MC: Did anything else happen on release day that was super crazy?
TM: Well I did have to wake up at three in the morning to catch a flight to Toronto!

MC: Did you hear from anyone that maybe you weren’t expecting to?
TM: Umm not too many of my friends… but there was lots of Instagram support. Then I had promo all day and there was another billboard in Toronto! That was so cool. I also like seeing feedback on specific songs.

MC: Which songs in particular? Were you surprised by any of the feedback?
TM: This one song called “The Way” which I was unsure about. It’s downtempo and very personal and I didn’t know how people would react. It could have gone either way, but people seemed to like it!

MC: People seem to be liking the songs. The All The Things I’ve Never Said tour is sold out!
TM: I never thought anyone would come to see me play. But they do and they know all the words!

MC: Does that make you more confident on stage? Or do you get a little nervous?
TM: I am more confident knowing people like the songs. Seeing their personal reactions and even crying over the songs, it’s so cool to experience. It inspires me to sing better too and get lost in the moment.

MC: Getting that reaction from people, have you been able to talk with fans after any of the shows? Those must be some emotional conversations.
TM: It’s pretty crazy. Some people are shaking, and some are crying. It’s weird to experience seeing people feel that way and be genuinely excited to see you. I didn’t think it’d ever happen with my music.

MC: Do these fans tell you how your music is affecting them?
TM: People will tell me my music was the only thing that kept them going through some really dark times. That’s something that puts weight on my shoulders, but I have to keep inspiring and being there for them. It’s also inspiring to me!

MC: You’re balancing high school and being a pop star and you mentioned earlier about not hearing from so many friends on release day, do a lot of your friends just not understand the all over the place life you’re living?
TM: It’s hard to understand unless you’re running around with me. It’s hard to describe and I’m not one to talk about myself. A lot of them are confused and just see I’m not at school for long periods. They just kind of see what’s going on through social media.

MC: Do you ever worry about missing out on normal high school stuff?
TM: My really close friends are always there for me. When I get back home, I have a very balanced life. My mom and dad make sure I’m a teenager even if it’s only for like three days. I get that full teenage experience.

MC: What does that entail for you?
TM: I go to dance class with all my friends and hang out with everyone. I’m not just hiding in my room.

MC: Speaking of dance, that’s obviously a large part of your life! As you start to perform more is choreography going to become a bigger part of the show?
TM: I hope so because I never want to lose my dance aspect. It’s a huge part of what defines me as a person. I want to bring dancers in and build up a performance. For now, I can do that in videos.

MC: Alright, break down the rest of 2020 for me.
TM: I finish this small tour then go home and catch up on school. I haven’t been for a bit [laughs]. I’m working on my second EP which will hopefully come out in a couple months!