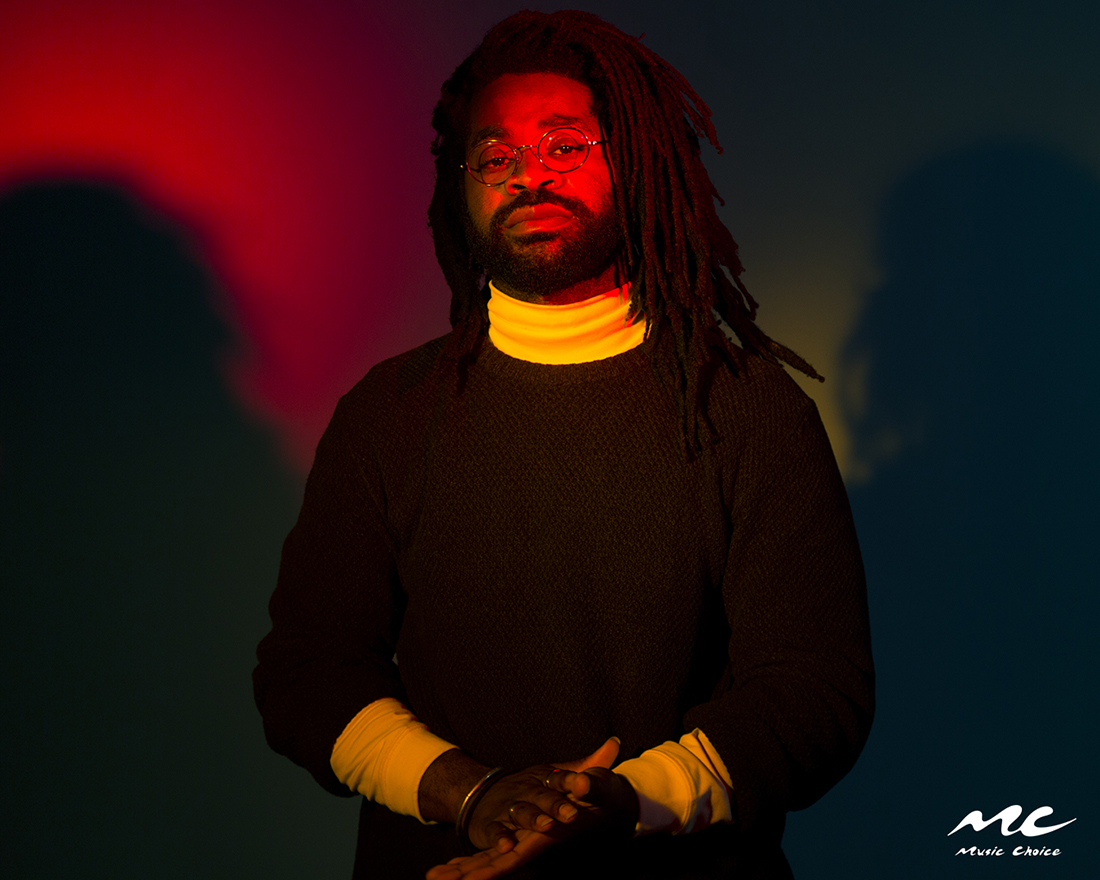 Reginald Williams Jr. grew up in Bradenton, Florida, and loves listening to Linkin Park and King Crimson, as well as playing with Yu-Gi-Oh and Magic cards.

He also goes by R.LUM.R and is releasing one of the most anticipated R&B albums of 2019.

Surfacing is available today (11/1) on Island Records, and the man behind its creation contains multitudes. R.LUM.R stopped by Music Choice for a freewheeling conversation that touched on how he came to this moment of releasing his debut record. He was gracious with his time, basically going through his whole life from growing up in Bradenton to now living in Nashville. In between, there was a lot of breaking into (his favorite) songs, but to hear that voice you’ll have to go stream Surfacing.

Speaking with conviction and from the heart, the artist jovially spelled out what his whole career and this album mean to him. And what he hopes it means to listeners.

Check out the chat below and then get more Music Choice and R.LUM.R here.

Music Choice: You grew up in Bradenton, Florida? My grandparents used to live down around there. I have vivid memories of Hungry Howie’s pizza buffets.
R.LUM.R: Oh those were Valhalla for a nine-year-old. Get set up at Cruisin’ USA with six quarters and some pizza. You’d be set all afternoon.

MC: Tell me about growing up there.
R: It’s the poorer cousin of Sarasota. It wasn’t a place that was facilitating what I wanted to do.

MC: Which was what?
R: When I was really young I wanted to be a video game designer. I always say music kind of chose me. I would go to these DIY shows in Sarasota all the time, it was like the Warped Tour scene.

MC: Did you play in bands there?
R: No. No one in my family played music. I always to be in the scene, but I never got to do the band thing because I couldn’t afford to.

The first rock bands I got into were Linkin Park, Chevelle, Staind, Coheed and Cambria. That kind of stuff. At the same time, my friend David’s dad was putting me on to prog-rock like King Crimson. That’s what got me into wanting to play the guitar and learning some technical stuff.

MC: So you got a guitar and got proggy?
R: Well I was 14 and got into the Manatee School of Arts in Palmetto. At the same time, I was getting into stupid street kid stuff. I never had the gumption to truly do anything wild but I wanted the older kids to think I was cool.

MC: Listening to certain types of music or playing with Yu-Gi-Oh cards, were those things you kept hidden from “cool kids?”
R: For me, there was no way to express that immediately. I was very lucky to go to the arts school I did. I had teachers that noticed I had the acumen for classical guitar. I had a teacher that was like if you don’t keep up your grades, you can’t play guitar in the recital.

That worked! I was a sophomore in senior ensembles, but I had this teacher that made me realize I had to take care of all these other things in my life besides the guitar. I didn’t have a lot of friends or meaning until I started playing music.

I was that kid that sat in the classroom and read books and played Magic. I dreamt about what regular people were like. 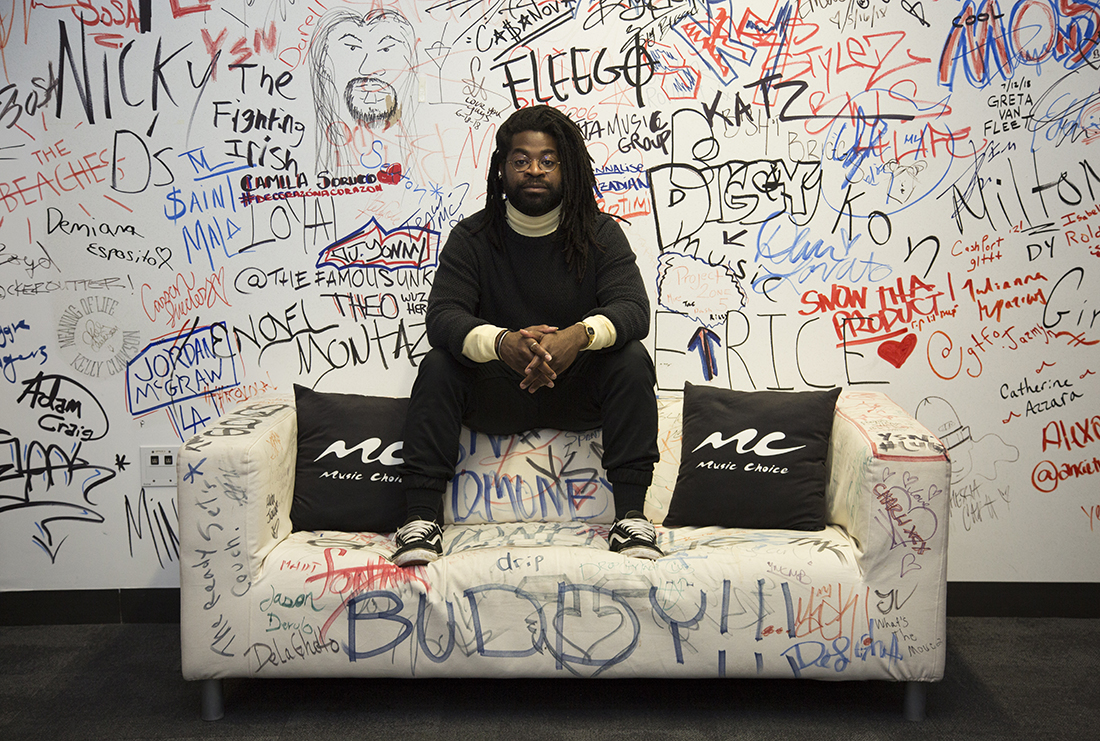 MC: When you moved out on your own, is that when you saw how “regular people” lived?
R: Yeah.

MC: How difficult was that for you?
R: It’s still difficult to this day in a sense! I found that I started realizing that this thing (music) was bigger than me. My first show I played was in Sarasota. I had to wear my hat real low over my face and there were maybe six people there. When I finally did look up I saw that the song was actually affecting some of them. A girl was crying. I started to realize that this was a vehicle to communicate with people; it could mean something to them.

Even if I was playing with my classical guitar and it wouldn’t plug into the venue’s system <laughs>.

MC: And music has always meant something to you…
R: Right, music was so special to me because it gave me words for the feelings that I had that I didn’t know how to put together. I started to realize that I maybe had the chance to do that for others. Maybe I had a chance to give back to music what it had given to me.

Music has been there for me my whole life. Like my last year of college was one of the most difficult times in my life. So, so bad.

MC: Why was that?
R: I didn’t know what I wanted to do or where I wanted to go. I would just get home and take all my clothes off and listen to Fleet Foxes, Ray Lamontagne, Sufjan Stevens, or The National and just cry. I had left home at 15 and had never had any guidance. People kept asking me what I was doing after graduation. I was a music major, I DON’T KNOW!

MC: Well now I’ll ask you. What did you do?
R: I dropped out. I moved to Orlando and started playing in college bars there. I’d play four or five sets a night and get $50 plus tips. I figured out I could go there play covers and make money instead of paying it to the school.

MC: What covers hit the hardest?
R: Bars love John Mayer. I could fill up 15 minutes of a set with this mashup I had that was Mayer’s “St. Patrick’s Day” with Marvin Gaye’s “What’s Going On.” It’s how I cut my teeth. If you could get a bunch of college kids in the bar who were there to watch the UCF Knights football game pay attention to you and not their team? You’ve got something.

I’m a denier until I die but that’s a thing you can’t ignore.

MC: Is this around when you moved to Nashville then?
R: Yep, that’s where I live now. It’s different man. It’s been really formative.

MC: You changed what name you play under, your sound…
R: It all happened so fast. I’ve released a few songs then one shows up on a Spotify New Music Tuesday playlist a couple of years ago and then I’m fielding calls from managers and labels and venues. I didn’t have a full set!

MC: Well you had your Mayer/Gaye mashup.
R: Hey, if y’all want an acoustic set. I can do three 45 minute ones with no repeats <laughs>.

MC: Was all of this overwhelming for you?
R: Super overwhelming. I had just planned on heading down to SXSW and hopefully, a few people hear my new songs. As we’re driving to Austin for the festival from Orlando, we’re getting close and I’m delirious from the long trip. My phone starts absolutely blowing up. We had just cold sent the tracks to playlist makers, management, booking, anyone. That level of interest is what sparked my move to Nashville.

Opposed to New York or LA or Atlanta, Nashville didn’t really have a lane for black musicians. I saw that as a positive, even though you could have been like “what the f*ck is this guy thinking”?

I worked in a t-shirt printing and manufacturing plant for the first eight months I lived there. Too hot to wear a shirt in the summer and I’d get icicles in my hair in the winter. I kept going like the DIY days and people started coming to shows and…

MC: Now it’s debut album time.
R: Been a long time coming. Oooh, that’s a song on the Anthony Green solo record! But this record, it’s the most me I think I’ve ever been.

MC: How so?
R: I’m talking about things I’ve kept private for so long. Talking very directly about anxiety. I want to be as candid and honest as possible. It’s felt freeing to be so candid.

MC: Are you ready for the record to be out and listeners hear this personal side of you?
R: People keep asking me if I’m excited and I’m weirdly ambivalent. I feel very Zen. I don’t feel the pressure. I’m ready to give it to other people. I want to know what they take from these songs.

MC: What do you want people to take away from them?
R: Empathy. The idea of putting yourself in someone else’s shoes and being like “oh that’s what that feels like.” Even if like, someone who doesn’t suffer from depression or anxiety or suicidal thoughts I would hope they’d have a moment of arrival or understanding.

I hope it’s the experience of hearing something that codifies for you or gives you the words you didn’t have for something you’ve felt so intensely. I want people to find those moments on the record and maybe even better their lives for it.