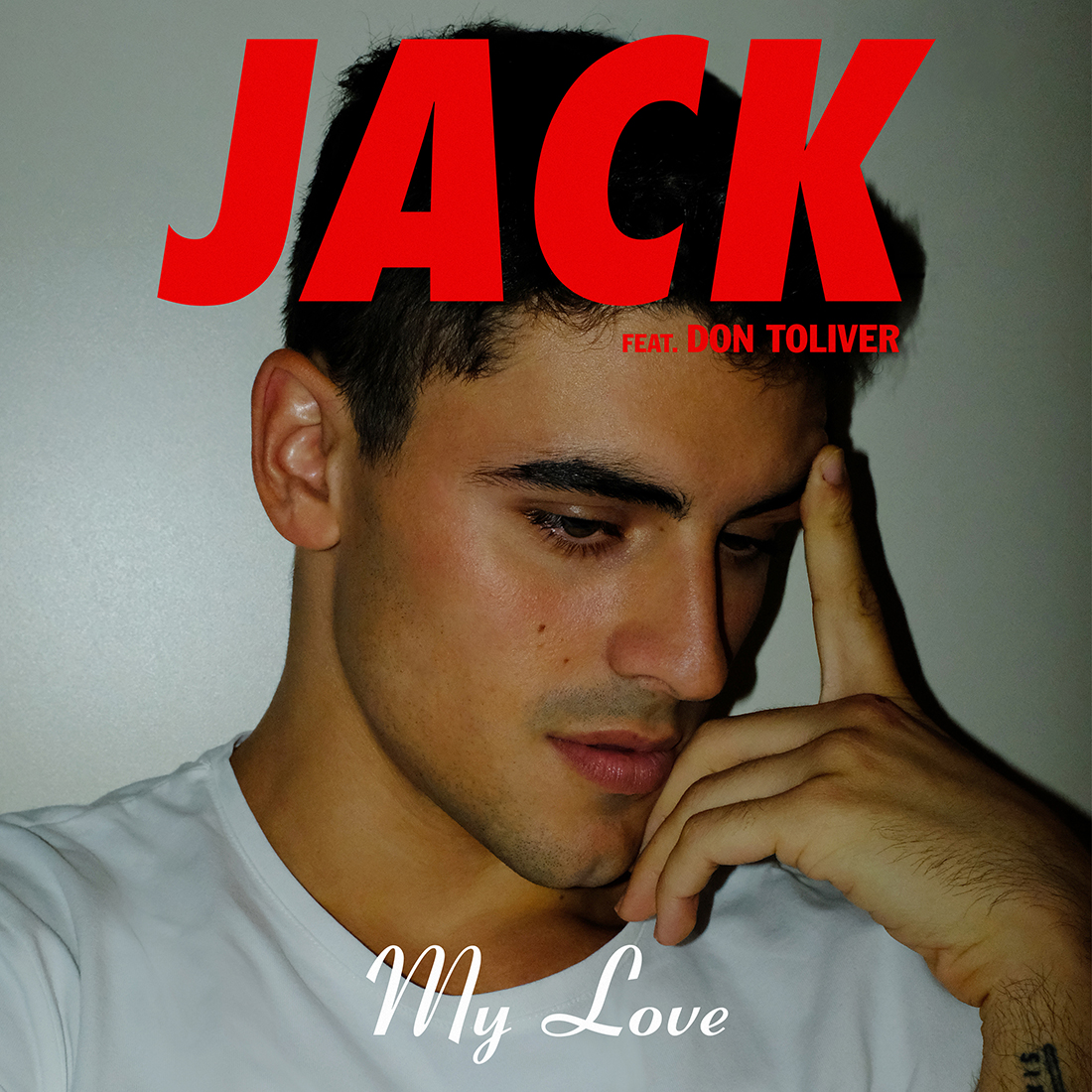 Jack Gilinsky currently finds himself in a spot many people are right now. Alone. One half of teen pop heartthrobs Jack & Jack is going solo. While it’s a new look for him he’s definitely not feeling down. In fact, Gilinsky is feeling very creative and has songs just waiting to be released to the army of fans that loved his former duo. The tunes will nab new devotees as well.

Today (4/17) Gilinsky has released his first solo track with “My Love” via Island Records. The bouncy, club-ready (living room dance party) jam also features a guest spot from Houston rapper Don Toliver. Jack was kind enough to answer some of Music Choice’s questions via email from his parents’ home in Omaha, NE. He filled us in on his new musical adventure and just how he’s passing the time during his quarantine. Read on below and hear “My Love” on Music Choice’s Teen Beats channel!

Music Choice: What are some of the big differences now recording as a solo artist?
Jack: One of the first things I noticed was the amount of time it now takes to create a full song. When Jack and I were making music we’d often write verses separately then come together and see where everything fit. Now the process is longer as I’m working on things myself.

MC: What excites you most about going solo?
J: It allows me to show myself exactly how I want to be seen. There is never compromise being made since it’s just me making the decisions.

MC: Don Toliver is featured on “My Love” what was collaborating with him like?
J: I was a fan before I even thought to reach out. When I got his verse for the track I immediately had to get in my car and play it for Jack J. We were so hype! Don did his thing and he’s a major reason why the song works. He even gave thoughts on video concepts and song arrangement.

MC: Any other collaborations you can tell us about right now?
J: I can’t say too much about what I’m planning. I want my fans to know that I’m going to be delivering top tier music and getting to work with artists I look up to.

MC: What type of things are you doing to pass the time at home right now?
J: I’m playing a lot of guitar and piano. Those are two instruments I’ve dabbled in since I was a kid but never took the time with.

I’m currently in quarantine at my parents’ house in Omaha and I shot the “My Love” single cover art here with mom and dad in their laundry room. I also shot the video here. It’s been productive!

MC: Are you watching anything fun on TV? Movies?
J: I recently got into West World, Tiger King, and Love is Blind. Love is Blind is kind of dumb but extremely entertaining.

MC: What is your go-to meal at home?
J: Turkey patty, brown rice, and broccoli.

MC: What was the first concert you ever attended?
J: U2 in the summer of 2005 when I was nine years old. I remember seeing Bono and The Edge on that stage and knew I wanted to be like them when I grew up.

MC: If you weren’t doing music what career would you pursue?
J: I would look into acting. It’s something I’m very interested in doing in the future.

MC: What’s your favorite movie?
J: I have a top three: Step Brothers, Interstellar, and Inception.

MC: Do you have any hidden talents?
J: I would say doing athletic things. I like doing flips and trying to dunk. Anything that involves running and jumping.

MC: What’s your go-to karaoke song?
J: I would have to say “She Will Be Loved” by Maroon 5 or “Sweet Child O’ Mine” by Guns N’ Roses mainly because of the scene from Step Brothers.

MC: What do you do to relax?
J: This may sound weird, but I like to work out to relax. It helps me clear my mind and only focus on the physical thing I’m doing. I also like to watch movies on comfortable couches with a lot of blankets.