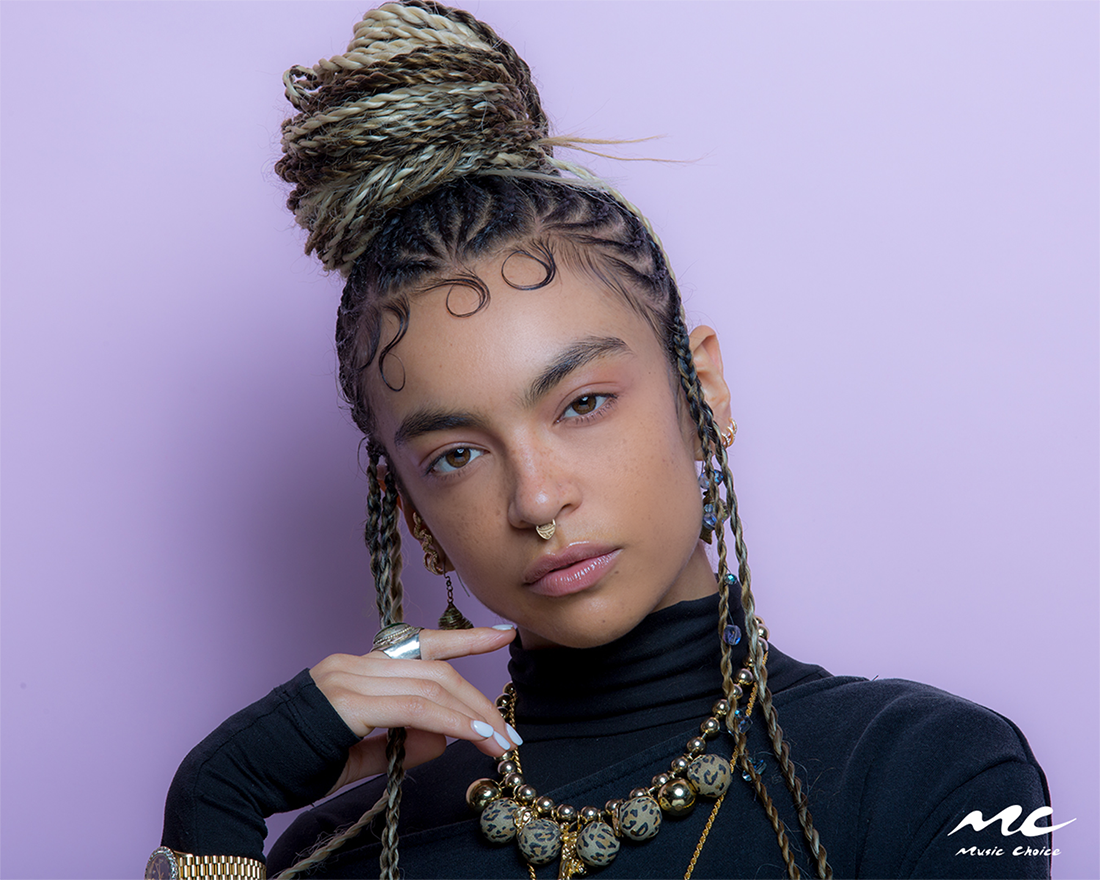 QUIÑ’s been through it. These days she’s releasing music through her own major label imprint, but there were a whole lot of ups and downs to get here.

QUIÑ (Bianca Leonor Quiñones) recently came by Music Choice’s NYC office from her lifelong home of Los Angeles, and broke down her whole evolution for us. She shared everything from singing in the church choir and high school musicals, to working retail at the Gap, to finally realizing how to manifest her talents. Those talents have led her to her own imprint under Interscope Records called Fantasy Soul, and a fresh, intoxicating release entitled LUCID.

So crank some QUIÑ and read on to learn all about her journey. Then click over to the Music Choice WebPlayer and watch the video for her 6LACK-featuring smash, “Mushroom Chocolate.”

Music Choice: You definitely didn’t time the weather right for your visit.
QUIÑ : I like the weather. You guys are controlled by it out here. I’m just like it’s cool. It’s raining.

MC: You’ve lived in LA your whole life, a little rain can be a good thing.
Q: My whole life. I grew up in Altadena and school in Pasadena. I sang in the church choir as a kid. Episcopal church so lots of falsetto and cathedral type stuff.

MC: So you’ve been a performer your whole life?
Q: I was not into attention on me at all. To feel safe I needed to be singing with other people. I was a loner back then, but it was ok.

MC: So doing church choir as a kid is that when you learned you could really sing?
Q: I sang there until middle school when I became WAY too cool for it <laughs>. In high school, I knew I was good but I still didn’t want to sing for anyone. My entire childhood I was listening to music like Celine Dion and Brandy. I would always sing along to it and be mesmerized by the voice and the runs they would do.

MC: Would you try and emulate them?
Q: I would. I’d go to school and had to be the most annoying person. I would sing all the time. It was just a disguise though because I was still afraid to be good at something.

In high school, I chose choir as one of my electives and the teacher, Mr. Douglas saw something in me during my performance of JoJo’s cover of SWV’s “Weak” in class and started to push me. Then through that choir, I had to start signing in front of other people.

MC: How hard was that to do at this point in your life?
Q: Super scary! It was my development as an artist that I didn’t realize. Around this time I picked to join this group of other young singers that would meet with Patrice Rushen, you know her song “Forget Me Nots,” and we’d learn how to record in a studio and we’d learn about the recording industry. 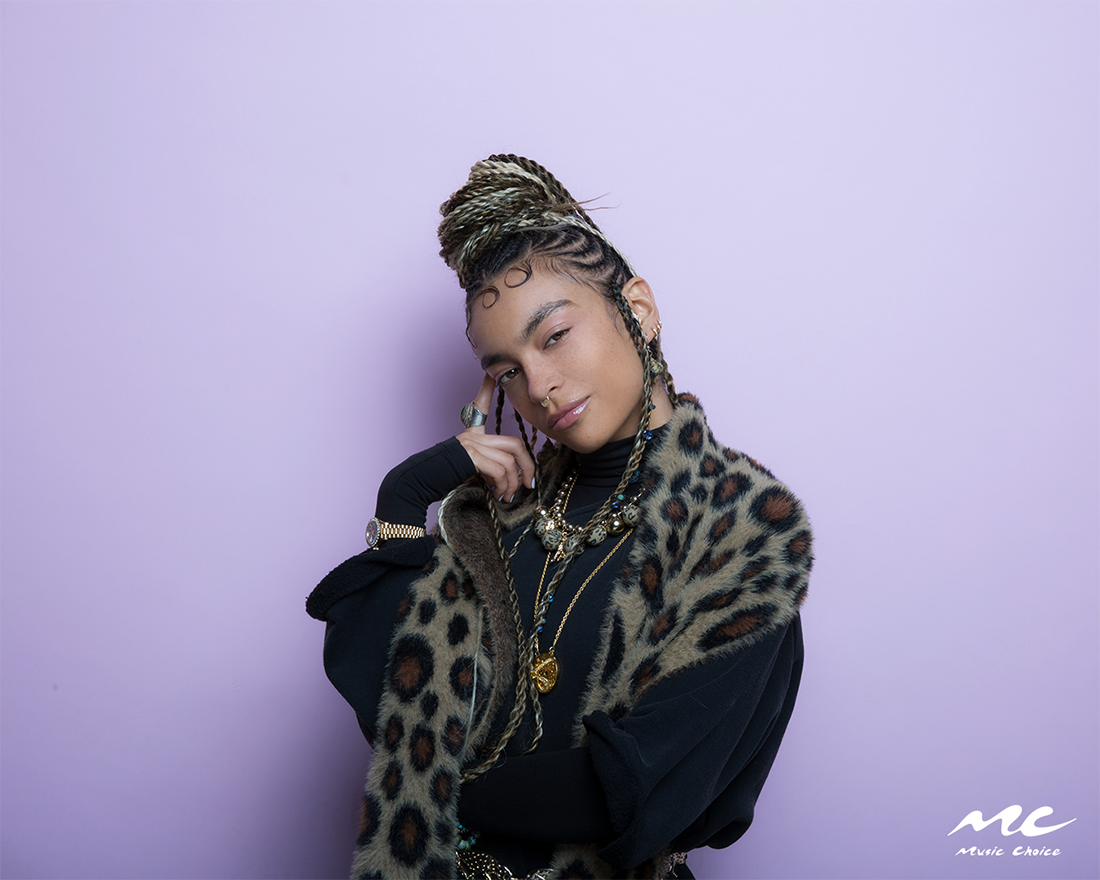 MC: So now you’re talking about the industry and learning about the studio, this is when you knew you were going to be a professional singer?
Q: At that time I just wanted to be a backup singer. You can make money and just sit back and live a normal life. I also had this idea in my head like, Beyoncé started when she was born and I’m already 15!

MC: Was there a certain event or point then you knew you could do it on your own?
Q: When the Christmas shows came. I did the Mariah song and kept freaking out about and then it turned out so well. Everyone kept saying how good I did even though I still messed up parts of it.

MC: Now you’re ready to become a real deal singer.
Q: Well I stopped doing the choir group because again I got too cool for it <laughs>. I was going through stuff with my parents and got a job at a frozen yogurt place. I’d be at school so tired. I know Mr. Douglas wasn’t happy with me!

I ended up going to college for business but started taking psychology classes. After the first year, my world kind of came crashing down around me. My best friend and boyfriend cheated on me together. So that happened, the school’s not going right, I crashed my car. Then my godmother told me to come to the Bay and stay with her and work at this camp for kids for the summer.

MC: You needed a change of pace.
Q: Being around those kids healed me so much. Things in my life started to line up. I went back to school but quit because it wasn’t for me. I moved back to the Bay on my 19th birthday and that’s when it all happened.

MC: When QUIÑ happened.
Q: Everything was so clear all of a sudden. My heart was broken open and it was like I was given a map for the rest of my life. I had to defeat this and this and then this is where I’m going. Turned out, all I had to do was be myself real quick?

So I was writing a lot of poetry and singing a lot. Then I got into serious training. 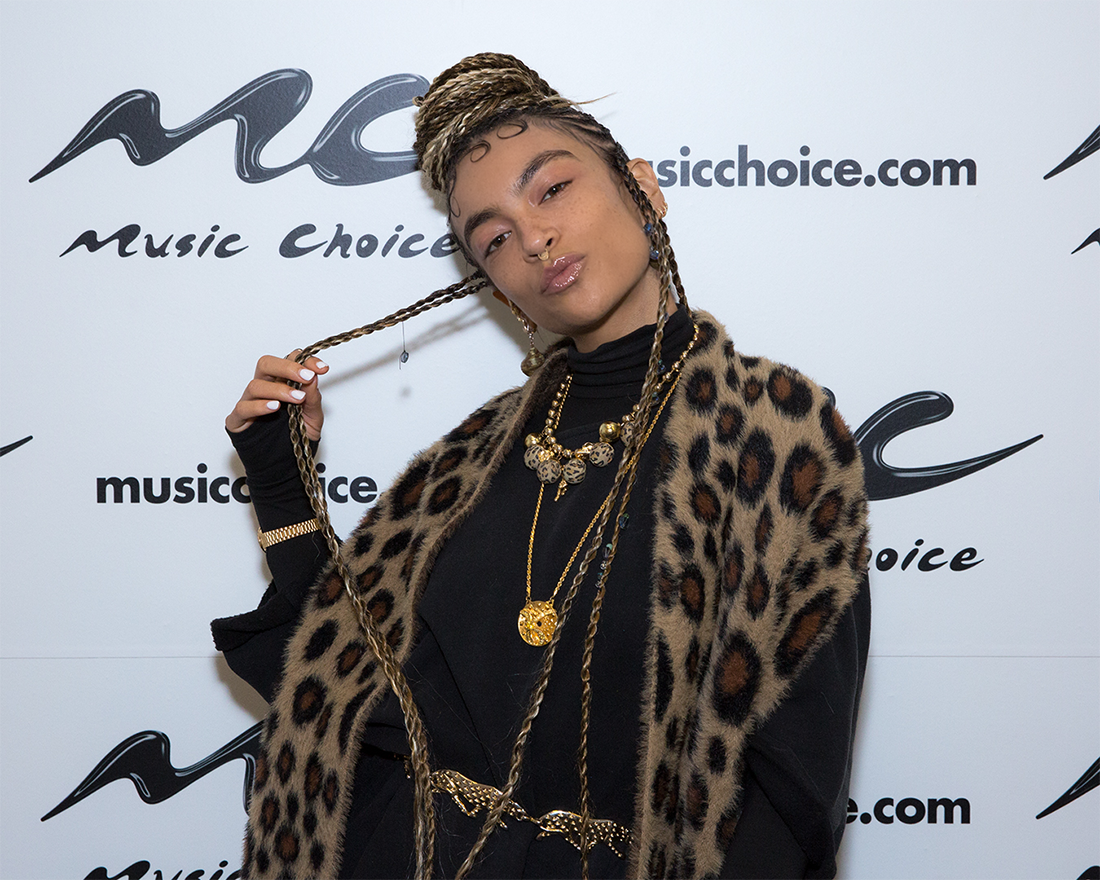 MC: So now what’s the goal?
Q: I was supposed to make music and not in a little way. People need what I have and if I don’t share it that’s a waste. I was making songs and was like wow I’m really good at this! I need to find that confidence. With that confidence, I moved back to LA. When I started betting on myself opportunities started to come. Not all of them good.

MC: You took a bad opportunity?
Q: While I was making demos that I loved and working with producers I also did a production deal in my early 20s. I was making the best songs I had ever made and then ended up losing them all in the deal. I had to start from scratch. What a learning experience.

MC: Is that experience something that lead you to pursue having your own label imprint?
Q: Definitely. I named it Fantasy Soul because I realize I didn’t want to keep describing my sound in so many different adjectives. The term “fantasy soul” just came to my head and I started using it anytime someone would ask me what type of music I made.

I kept saying it and being more confident. By the time I got to Interscope, it was easy to be like this is my name and this is what I do. Take it or leave it.

MC: Now you have your label and just put out a new release with LUCID. Your songs have millions of streams. Are those feelings of fear and inadequacy from your youth still around?
Q: No! Once I defeated them they were gone. I’m 29 now and thank god I took my time to get here. I’m the most confident me now and I know what I’m here to do. I can get on stage now and put on a show. I can do anything. That makes me so happy.