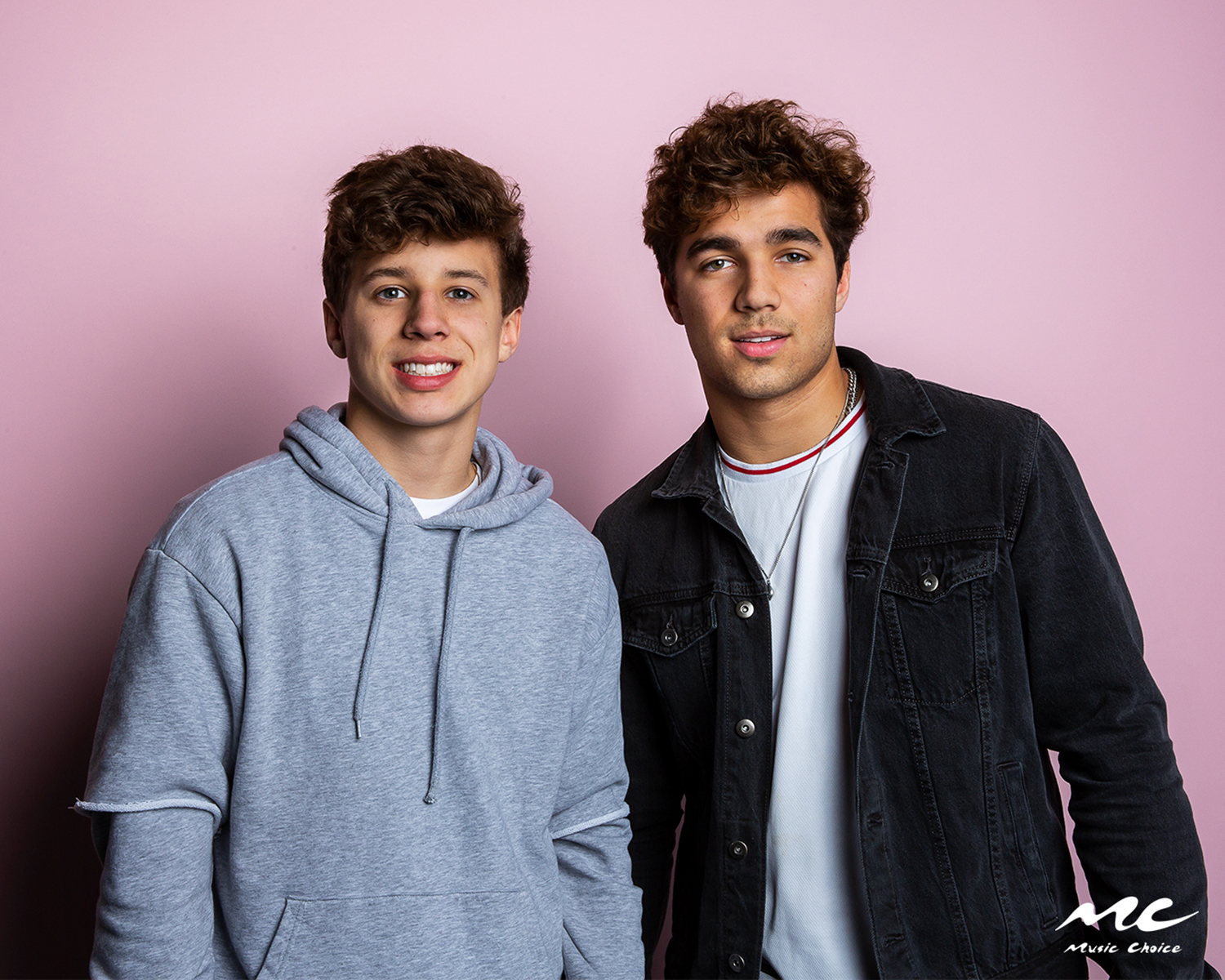 The Clementi Brothers may be the future of country music and as they hang in the Music Choice green room, there isn’t a cowboy hat between them.

There ARE two pairs of Off White x Nike kicks, though.

Make sure you don’t get it twisted, Christian (18) and Brody (15) who perform as CB30, ARE country music. Their dad is renowned songwriter Jay Clementi and they grew up hunting and fishing on Luke Bryan’s land, who they say “freaked out” when he realized they were making music. So the country pedigree is there. It’s the outside interests of the brothers like rap music, pop music, streetwear (they were very stoked to hit shops in SOHO on their NYC trip), and other things they are combining with the twang to stand out.

Christian and Brody were in NYC to promote the group and some new tunes, which Music Choice was lucky enough to get a live sneak peek of (they sound great). The guys also stuck around to chat a bit about working together as bros and buds in equal measure. Read on for the conversation and head to the MC Webplayer to check out more CB30!

MC: I saw on Twitter you asked fans for fun things to do in NYC, have you gotten to partake in any?
C: It’s mostly business this trip but we walked around Central Park and through Times Square. We’re both really looking forward to checking out streetwear shops. Like Supreme and those spots.

MC: Being born into a musical family, was playing music something you were immediately into as little kids or is it a recent thing?
Brody: I always remember him and my dad downstairs playing guitar. One day my dad asked if I wanted to learn how to sing harmony. After that, I caught on.
C: Playing music was never forced on us. We grew up around it and kind of played guitar then we wrote our first song and…we knew we could do this. Shortly after that Luke (Bryan) ended up hearing a couple of our first songs. He didn’t even know we sang before that, he just knew us as the kids using his land to hunt and fish. He kind of freaked out and then started offering guidance.

MC: Even before you were writing music together were you always close? Always doing things together?
B: We’re always playing sports together.
C: We’d do everything together. It’s cool being that close and having the brotherly harmonizing of our voices. You can always tell when a family is harmonizing.

MC: When you hear voices harmonizing you can tell whether the people are family or not?
C: You can hear it. Like with the Everly Brothers. When we first started recording our dad would play us their songs and we were definitely inspired. As well as Bieber-type guys. Our inspirations are wide.

MC: You guys grew up around huge country artists but tell me about influences outside the genre that filter into your sound.
B: We’re influenced by a lot of music. When we were growing up and would go visit our grandpa in Colorado he’d always let us pick the music.
C: We’d be playing the old country like Merle Haggard and then get home and listen to Bruno Mars and hip-hop.
B: Really we listen to rap most of the time. 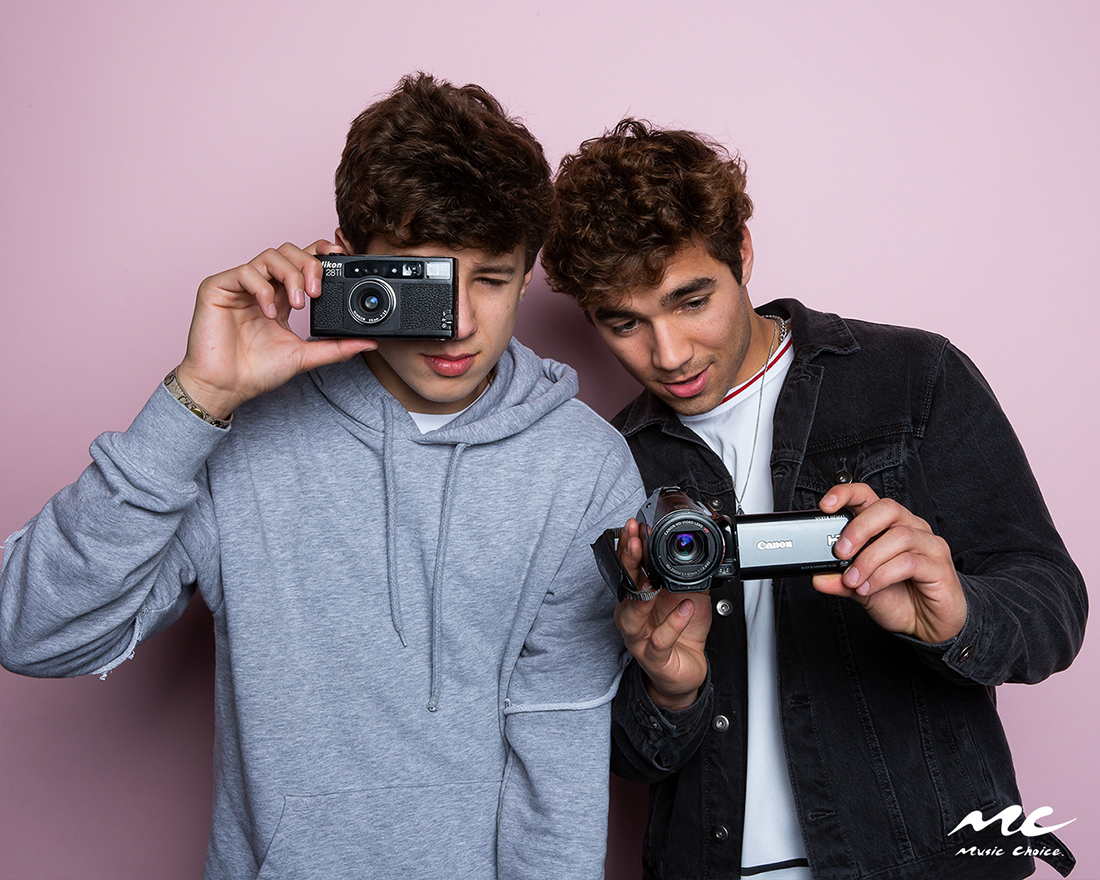 MC: Take that Outlaw country like Merle Haggard, how does that seep into the modern country you make now?
C: I think the great thing about country right now, we are in the pop-country genre and it’s really cool because you can have like a Drake type beat in there. It’s all about the lyrics and having heartfelt and real stories. Sometimes there’s a hip-hop beat but you also have a steel guitar. Also, us being so young we don’t really get put into any one genre.
MC: Do you guys feel like you have the freedom to just make a straight-up pop song and not have any steel guitar in there?
B: Some of the songs we’ve made are straight-up pop.
C: We’re writing all the time. We’ve released like six songs but we have over 150 recorded and done. Some are rap songs and some are just us and a guitar. Those are as country and soulful as it gets.

MC: How hard is it sitting on all those songs?
C: It’s really hard but we have a plan.

MC: Looking at your social media you guys are big into sports. Who’s the better athlete?
B: I’d say he is.
C: Someone just asked us who would win in a fight and we had to laugh. Brody literally just grew six inches so I can take him for maybe one more month.
B: The doctor said I’m going to be taller than him.
C: When we signed our record deal we both stopped playing sports. Football was always our thing. I was going into my senior year and it was really hard seeing all my friends get ready for the season. We had long talks with the label and they saw how important playing was to me and we agreed I can play music my whole life but this season of football was just now. It was awesome.

MC: Did you have any big season highlights?
C: I was a receiver and had around 60 catches.
B: He had a big hit that JuJu Smith-Schuster reposted online!
C: On that note, he loves gaming and stuff and that’s how he’s met JuJu and some other celebrities.

MC: With gaming is there a way there to promote or involve your music?
B: It’s just what I do in my free time.
C: But it’s also networking!

MC: You guys are brothers and the band’s name and identity is tied to being family, tell me something about each of you that makes you individuals.
B: I’m more laidback.
C: I was thinking the opposite! When we’re comfortable around friends and family he’s definitely like a class clown and I’m more chill. Brody makes everyone laugh.
B: I’m the gamer and funny guy and he’s the chill and mature guy.
C: I definitely keep my room a little more clean.