Across America people are stuck at home and practicing self-distancing which means there is no going out to see your favorite acts live. So here at Music Choice we rounded up eight of the best live music experiences available on our webplayer. Everything from Garth Brooks crooning, to JAY-Z spitting, to Carly Rae Jepsen emoting, there is something here for any live music fan. Read on and click below each blurb to view all the superb video offerings and then see everything else the Music Choice webplayer has to offer!

Our programming team has also hand-selected numerous video playlists featuring awesome live performances and concert footage from your favorite artists you were expecting to see out on tour this summer. Crossing all genres these video playlists began rolling out March 20. So get ready for curated festival experiences right from your couch!

Plus, Music Choice has even more live tunes available now with our brand new Couch Fest 2020 audio pop-up channel!  Stay snug inside your house; the MC programmers have picked out live tracks from amazing artists spanning genres that have sadly had to cancel and postpone their tours and festival appearances in the coming months. Worry not! Your VIP Couch Fest 2020 experience awaits.

Lewis Capaldi- “Before You Go (Live)” 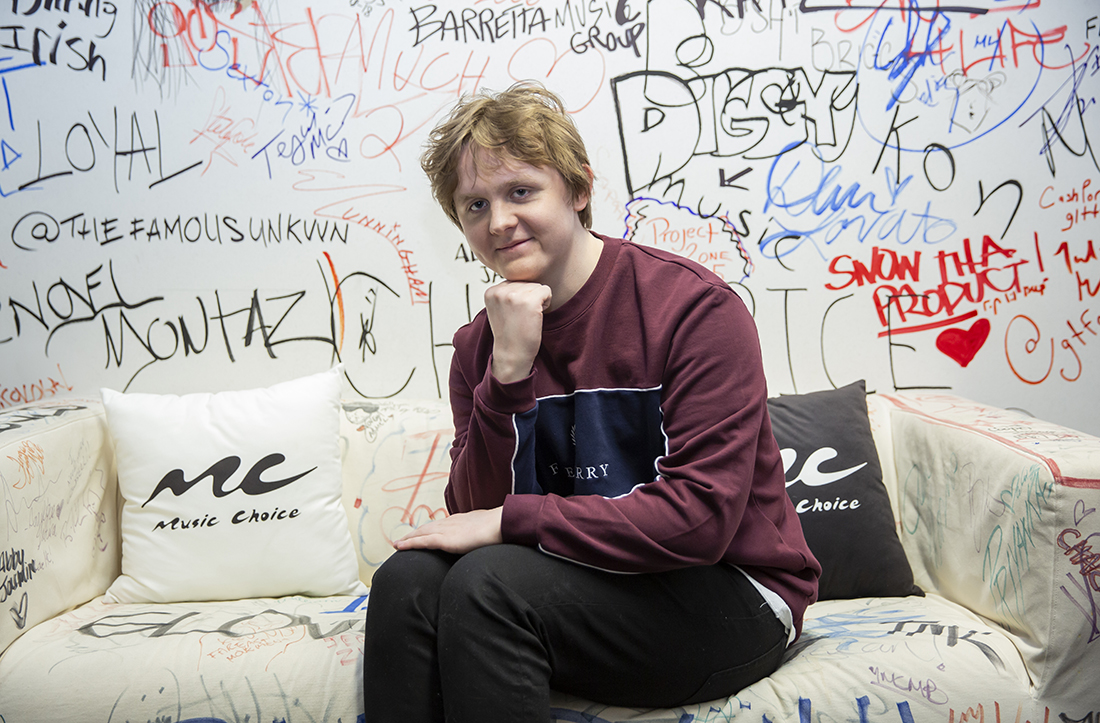 It’s a Scottish singer-songwriter singalong!  In this clip superstar Lewis Capaldi starts out his mega-hit “Before You Go” simply on his acoustic with the crowd of hundreds screaming each word along with him. Then the full band and the crowd gets all the way in their feelings. Stand up on your couch and shout along. Hear “Before You Go (Live)” right now on the Music Choice webplayer along with exclusive Capaldi content!

Carly Rae Jepsen has a little treat for everyone quarantined in their homes. In this video she gives viewers a stripped-down take on “The Sound” via lakefront in Lapland, Finland. On the album Dedicated the track is a peppy-pop number and here takes on a still-big, but somber take with a full band and background singers. All from the safety of the lake’s dock. Check out exclusive Carly Rae Jepsen content and the lovely “The Sound” scenery on Music Choice’s webplayer.

Thank u 4 coming to see me tonight!! @phvegas @zappostheater Gx

The planning that had to go into making this live music video happen is astounding! During the 2016 Grammy Awards Gwen Stefani performed the track “Make Me Like You” across multiple sets and costume changes, all happening in real time. The video was directed by Sophie Muller and includes sets like a lounge and hair salon and even finds Stefani donning a pair of rollerskates. Watch the craziness via webplayer here!

Talking Heads- “Burning Down the House”

The reviews from the most recent #AmericanUtopia tour stops are in! ~ • "The year's best concert" – Kansas City Star ~ • "One of the most artful performances I've attended in my two-and-a-half decades of going to shows.” – The Pitch ~ • “Nothing felt off-limits. And, at a David Byrne show, that's how it should be.” – Des Moines Register ~ • 📷: Susan Pfannmuller

Now for a treat from one of the most lauded live concert films of all time, Stop Making Sense (1984) from Talking Heads! “Burning Down the House” will get a dance party going in whatever room the eclectic sounds travel to in your home. Not a single person on stage in the video with frontman David Byrne (pictured above in 2018) can keep from moving during the four-minute run time. We’re sure you’ll be doing the same. Check out “Burning Down the House” on the Music Choice webplayer.

Grab the tissues for this one from Garth Brooks. Performed at the Wynn Las Vegas in 2013 “The Call” is a duet between Garth and wife Trisha Yearwood. The song was written from an early point in the pair’s relationship where they had to make the choice of going for it or calling it quits. Lucky for us they stuck it out! Hear the glorious melding of voices on the Music Choice webplayer now.

There’s a dazzling haze, a mysterious way about you dear… 📷: @johnshearer @gettyentertainment

For all the Swifties out there we’ve got a big one for you. In the video for “New Romantics” from Taylor Swift’s 1989 album viewers are taken on an arena-traversing ride that even includes backstage antics and preparation for the large dance numbers the album’s tour included. It’s a fun peek at a massive tour to give a little feel of its largeness inside of your home. Catch “New Romantics” on the MC webplayer along with many other Taylor videos!

And now for something completely different. Supermassive EDM producer Marshmello comes live from a stage in… Fortnite? That’s right, the masked beatmaker put on a virtual show for 10 million Fortnite players in February 2019. Now you don’t even have to be a player in the game to check this 10-minute video of the extravaganza. Marshmello’s avatar blasts tune from the stage while huge holograms shift and shake. It’s a surreal experience to get out of the current quarantine times. Check the wildness out on the Music Choice webplayer here.

The ROC is in the building! Bring a sold-out Madison Square Garden into the comforts of your own home with JAY-Z performing his Black Album hit “Encore.” In this clip we see Hova on stage rocking the masses along with behind the scenes footage. You’ll see Beyoncé, Missy Elliott, Questlove, Diddy, and more. This was from the tour that was to be Jay’s final run of performances before retiring from rap. Thankfully he came back! Watch “Encore” on the Music Choice weplayer now!