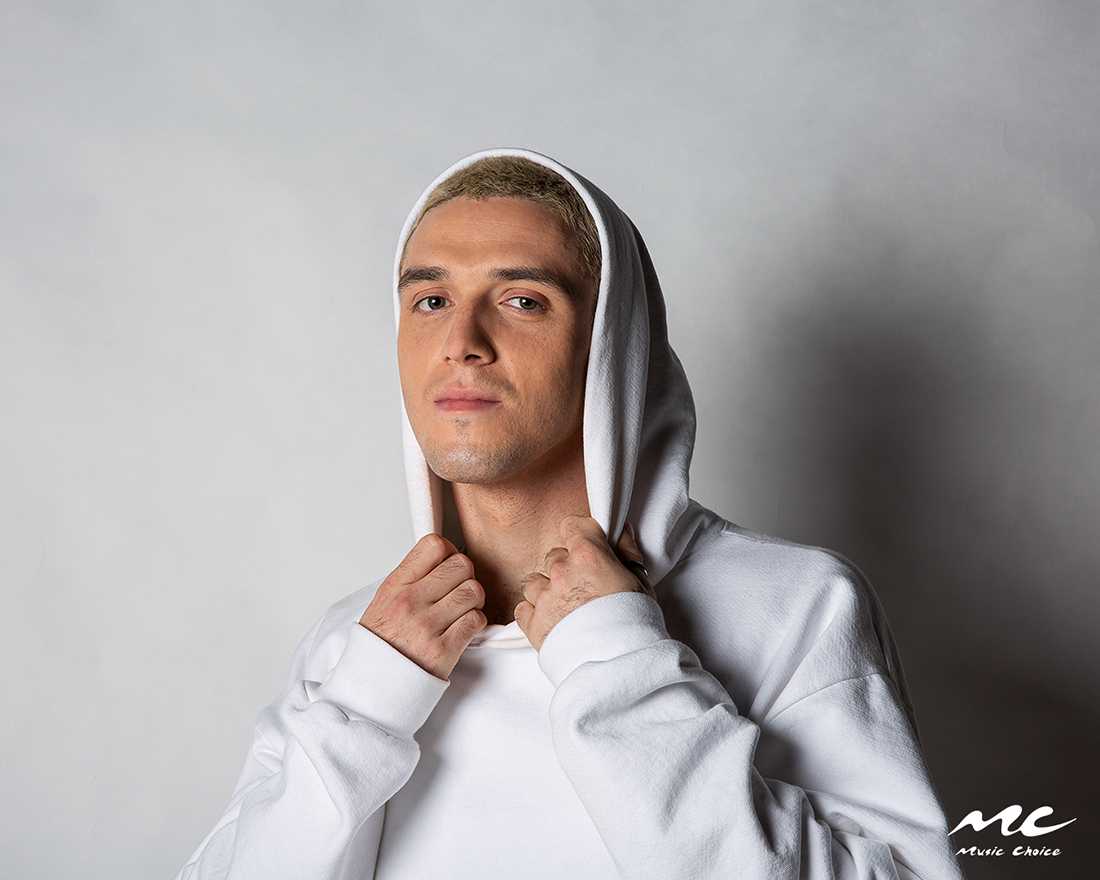 We love Lauv. Today, March 6, marks the release of his studio debut album ~how I’m feeling~ via AWAL Recordings. The album is a long time coming for Lauv, who has been producing and writing for other stars (cough*Celine Dion*cough) striking out on his own. His personal songs are just that. They hit on relationships and mental health and the things that affect anyone in everyday life.

Lauv came by the Music Choice studios and we had a long chat all about how he’s gotten to this point in his career, performing live, his super cute dog, and everything in between. Read the conversation below and then head to the Music Choice webplayer to catch some of Lauv’s music videos!

MC: The first singles from the album “f*ck, i’m lonely” and “Sad Forever” were more somber but more recent songs like “Feelings” and “Sims” are a little more lighthearted. Was that the strategy?
L: Honestly, I didn’t even think of it that way. I just started releasing songs as I finished them. That’s what I do. Release stuff as I finish it.

MC: “Sims” is my jam. Can you take us behind the concept for the video?
L: I wanted to make this thing with identity where I was like “am I this type or person?” Or “am I this type of guy?” How am I going to present myself on the Internet? I created these six different characters that are like Positive Lauv, Existential Lauv, Hopeless Romantic Lauv (with my old hair), F*ckboy Lauv, Spicy Lauv, and Goofy Lauv. I wanted to represent all aspects of my personality. It’s a one-man boy band.

MC: You’re obviously not afraid to put your feelings in the mix. Is there anywhere you wouldn’t go in a song?
LM: I’ve never really thought about that. I don’t think so. This album has songs about mental health and where we’re at with that. I have a song about my favorite bar and a song about my dog. I write about anything.

MC: What kind of dog do you have?
L: A Pomeranian! He’s super cute and his name is Billy.

MC: Speaking of mental health, you have this website called My Blue Thoughts where people can just unload whatever is on their mind. Have you read through these things? Have people given you feedback on the project?
L: I’ve seen footage of people talking about it. I’ve been doing the project for a few years now. It started as a physical box that people could put pieces of paper into. After that I saw that people were reacting well to it and used it for real things. Also, some people would write “I like chicken tenders” [laughs].

L: Then there are people who use it to open up about crazy sh*t in their life. Some very personal stuff. That takes a lot of courage and vulnerability which I respect. I think the website will make it easier to connect with other people who are experiencing similar things. 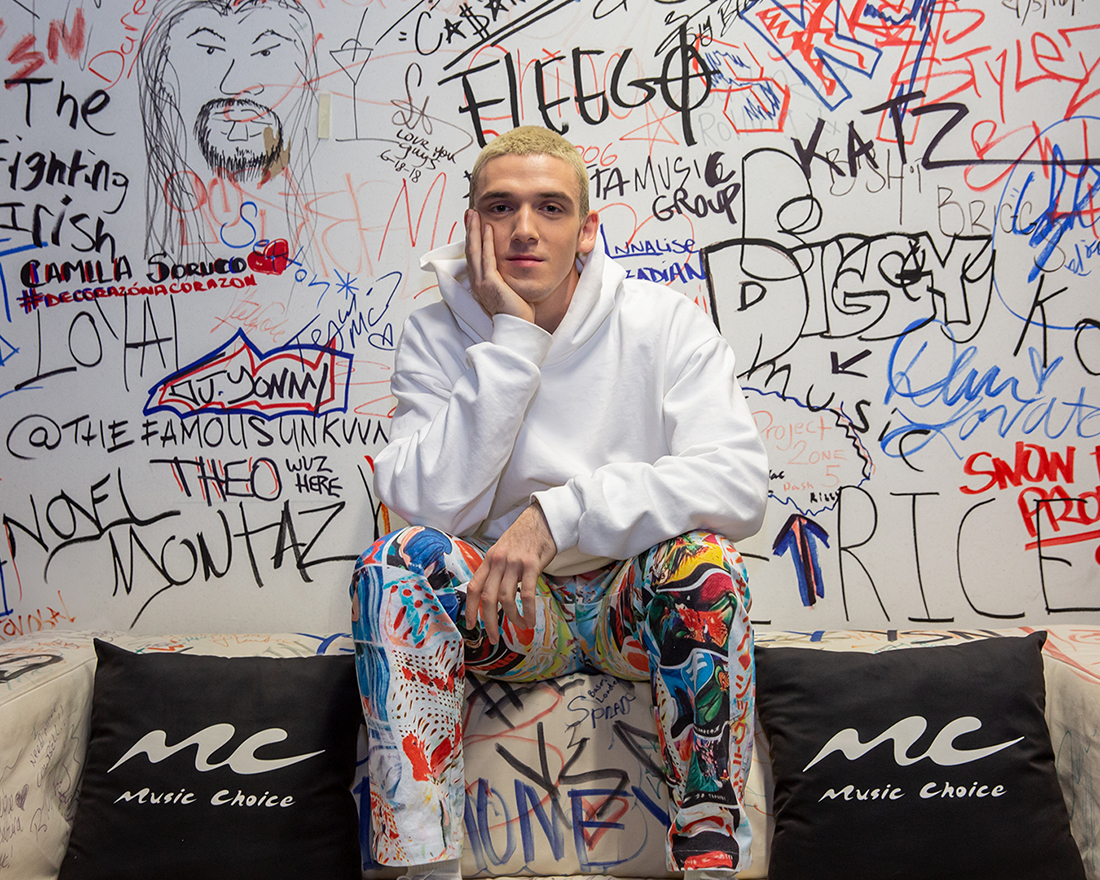 MC: So, you’re a songwriter and you wrote a song for Celine Dion!
L: I was not expecting that to happen. It’s crazy!

MC: How did it all happen?
L: It was a song I started with some friends about two years ago. As happens with tons of songs they sit around, and I feel strongly about them but I don’t know what to do with them. Celine heard the idea and loved it. It became her song!

MC: When you write a song do you know right then if you want to use it or if it’s going to someone else?
L: Sometimes I have artists in mind. Sometimes I just love the song, but I don’t really know what should happen to it because I don’t feel like I need to sing it. If I keep it I feel that I need to sing the song.

MC: When a song you wrote blows up, like Cheat Codes “No Promises” do you feel like you should have kept it for yourself?
L: I don’t because I never really felt like that song was meant for me. I loved it but I never felt it was mine. If I had let go of a song like “I Like Me Better” I definitely would’ve been bummed.

One of my friends, before I released it was like “what if Justin Bieber wanted to cut it?” I was like, “NOPE!”

MC: That song was pretty big with you! Are there any songs that you wish you would have written?
L: I really love Ed Sheeran and Khalid’s “Beautiful People.” The first time Ed played that for me I freaked out. 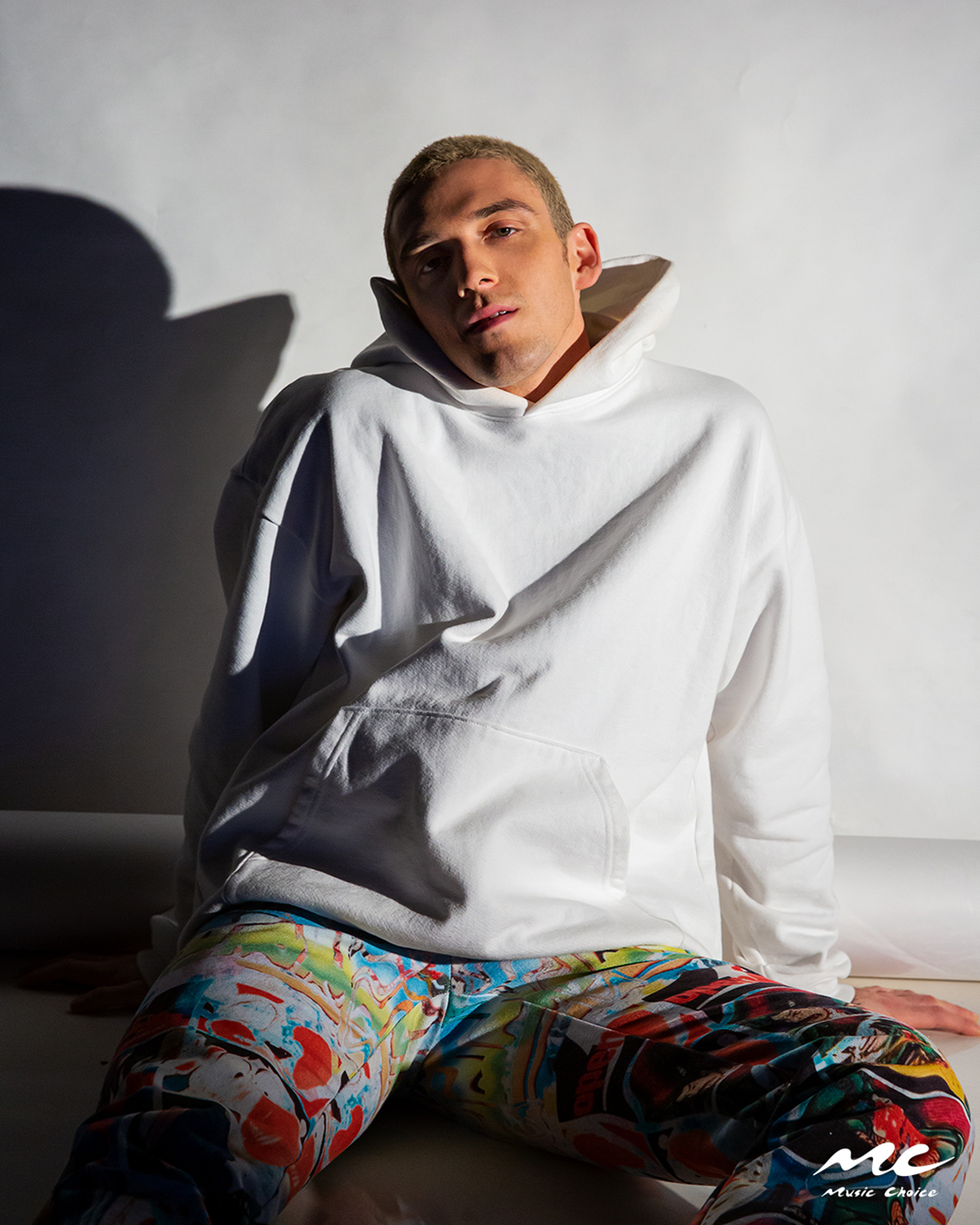 That was such a big, surreal moment for me. I got to call my parents and tell them. I look up to him as a human, as a songwriter, as an artist, as a performer. Just on every level.

MC: Was your aim to be a songwriter or an artist when starting out?
L: I started writing songs when I was 13. I always wanted to be an artist. I didn’t even know you could be a writer or producer for other artists. My bands and the MySpace era didn’t really work out so I thought maybe I’d become a songwriter and producer for other artists. I did for a few years then made my first song as Lauv by accident. It was just supposed to be a side project.

MC: Wow. So, a natural progression. Outside of music do you have a hidden talent?
L: I like to skateboard, but I haven’t had time recently. Other than that, I barely do anything besides making music.

MC: You’re currently touring, what’s one song crowds are really responding to?
L: “f*ck, i’m lonely” goes crazy! The first few times I performed it I didn’t know what was going on. I didn’t even have to sing “f*ck.” They just scream!

MC: How is touring different than songwriting to you?
L: That’s a good question. It’s a different energy and a different high. The high of writing an amazing song you love is so cool because it came out of nothing. Then being on stage you’re totally in the moment and so many unexpected things, flaws, happen and you have to roll with it. It’s the most human part of music. In the studio things can be redone and edited. Live, it is what it is.