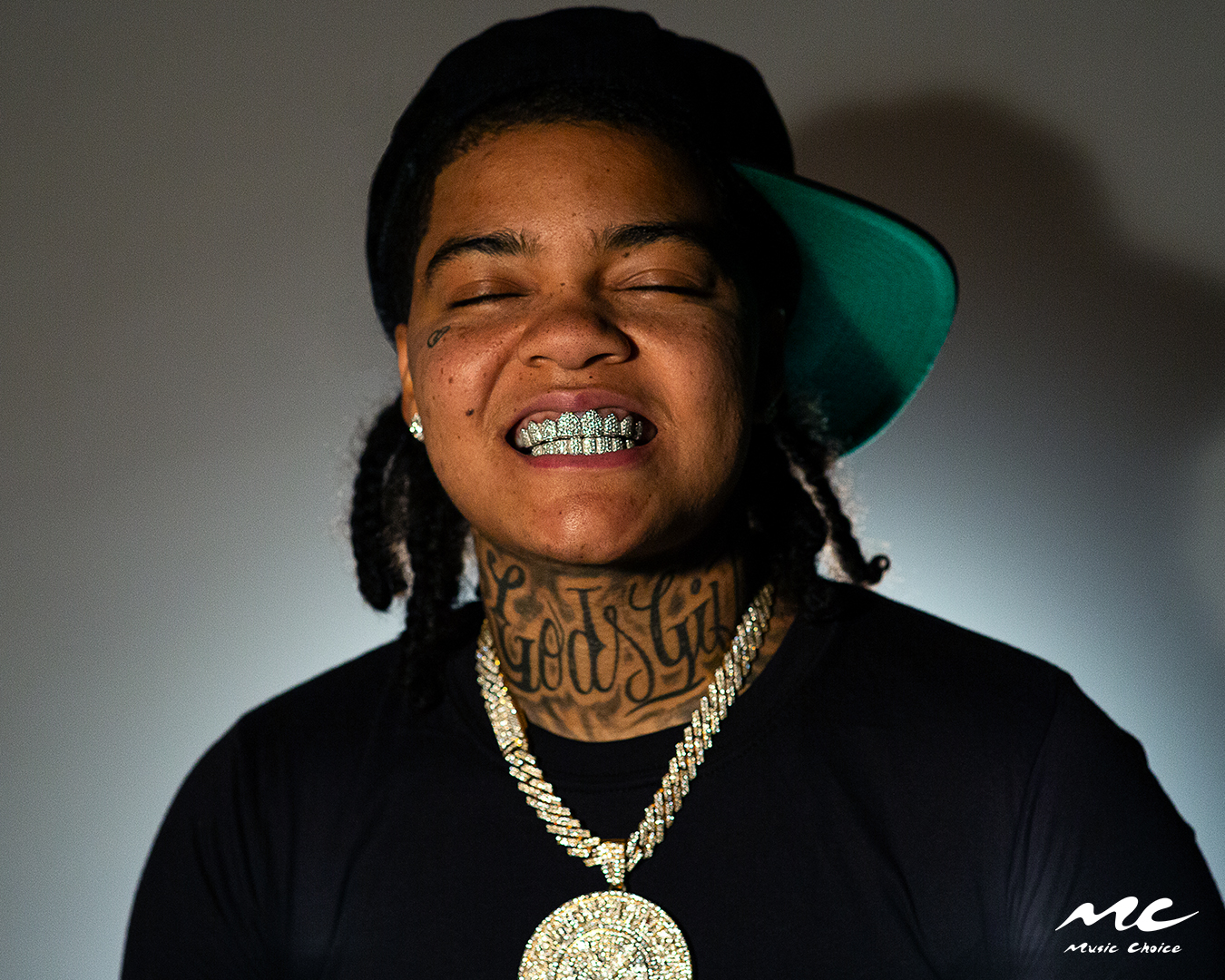 “My fan base. My supporters. They’re my family, man.”

Young M.A is lounging in the green room at Music Choice. Her major-label debut Herstory in the Making has just dropped, and she’s emphatically explaining who she made it for.

The Brooklyn rapper has opened for Beyoncé, earned a triple-platinum single, and sold out a North American tour, all before she ever even released a proper album. One thing is for certain though: all of this isn’t about her.

“Just don’t be selfish. At the end of the day you’re representing other people,” M.A says. The rapper opened up to Music Choice about her creative process, what this release means for her career, working a tour crowd, her hoards of fans, and so much more.

Read the chat below and then catch more of Young M.A here. 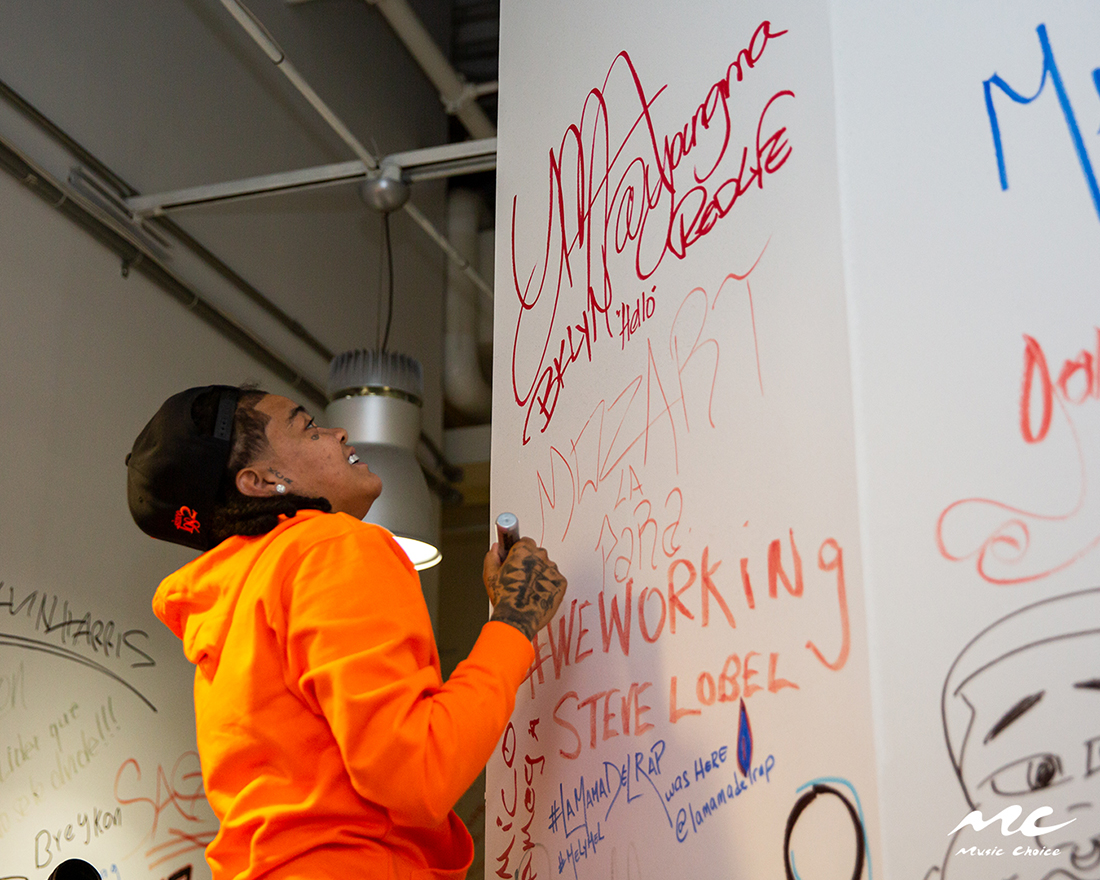 Music Choice: You’ve been talking about this album for years. You even mentioned the title in an interview two years ago!
Young M.A: I been had the title. I had the whole album in my head… it just wasn’t ready.

MC: How did it feel this morning when you woke up?
YMA: So much love. Seeing the album on all the media platforms. I knew it was anticipated but you have to take the time to get things right. I’ve been watching Twitter. I was trending!

MC: Any reaction for something or posts you didn’t anticipate? Negative or positive.
YMA: As a human, you always look for a negative. I mean, I know my album’s good but I’m still thinking… who out there is saying it’s bad <laughs>. I barely saw any of that. Just some normal hating but nobody can say my sh*t’s trash!

MC: Was there a point in the last few years where you just thought to scrap this record and move on to something else?
YMA: Hell yeah! There were times where I was so f*cking sick of this album I was like “can we move on and just drop a few of these songs…” <laughs>.

MC: When you were feeling like that how would you…
YMA: I had to discipline myself.

MC: In what sense?
YMA: I would tell myself, “Listen, don’t be selfish. At the end of the day, you’re representing other people. You encourage and inspire them.”

MC: Who are you representing?
YMA: My fan base. My supporters. They rock with me to the T! They don’t play about me. I knew I couldn’t give up because I had so much dedicated to them. Even though it’s called HERstory it’s really about all my supporters having a better understanding of me.

MC: Does that ever weigh on you? Having this expectation about delivering for the fans?
YMA: I always think stuff like that. I think more about them than I do about me! I know I can make good music I just have to do it. It’s that integrity, bro.

MC: You’ve said you’re getting personal on this album. How is you getting personal now different than past songs?
YMA: Very vulnerable. For the people that didn’t get that M.A. it was like… let me reintroduce. I’ve just been through so much life. I speak on exactly what I’m going through at that moment I’m in the booth. I may not feel how I felt three years ago, but I feel this way today and I’m gonna speak on it!

MC: Do you ever stop yourself like, “I don’t think I can let that life detail out”?
YMA: Nah, bro. I’m that type of person that don’t give a f*ck. I’m not going on social media making videos about how I feel. For me, put on the beat and I’m going to express myself. We are humans and no one in this world is perfect. I’m never scared because I know someone is going through the same thing I am. Whether they want to admit it or not!

MC: Do fans let you know they’re going through the same struggles you rap about?
YMA: People do that all the time. It’s crazy because that wasn’t my purpose when I began rapping. I was just like “I enjoy music and love making music and that’s how it is.” Everything I say, people will tell me they’re going through a rough day and my music gets them through it. My platform is bigger than I ever expected.

MC: Are you happy with your career and music taking that shape?
YMA: Hell yeah. I don’t do the fake phony thing. I don’t care about the fame and lights and cameras. If someone tells me I inspired them? Then I know I’m out here doing what I’m supposed to be doing. It’s touching souls and hearts.

MC: So your career has come to this point of inspiring those engaging with your music, where do you take it from here?
YMA: Up.

MC: What does that mean for you?
YMA: It means getting better. There’s no blueprint. Getting better is learning. It’s experimenting and experiencing. Every day you go through something good or bad and learn from it. I’m going to continue being me and enjoy it all more.

MC: Were you finding yourself in the past not enjoying…
YMA: You gotta step back a bit. Things can become overwhelming and you forget what you do this for. Music isn’t just a job. You forget that music is something you love and are passionate about. When it becomes a job you lose creativity.

People can tell like “oh she used to love this and now shes just rapping like it’s her job.” I was at that point and that’s why the album took so long…

MC: Were you able to flip that switch and make it fun again?
YMA: It wasn’t flipping a switch, I wish it was. I wish life was that simple! Sometimes you need to take some time and program your mind and discipline your soul. Put yourself in the position of why you did this in the first place. You may have money now and be fortunate now and not have to grind as hard… but you do! Just grind harder and that’s what I did.

MC: You didn’t like toss a spa day or two in there for good measure?
YMA: <laughs> Maybe a few times.

MC: We’ve talked about the personal nature of your music, but I have to mention how you do slick talk and punchlines in your raps better than most…
YMA: YESSIR!

MC: Do you prefer doing one over the other?
YMA: It’s whatever mood I’m in. I could be hype or be a little down and I’m going to express whatever it is. My music is my expression. I can’t decide what mood I’m in. The music wouldn’t be authentic.

MC: You feel like tour’s an obligation?
YMA: I love touring. That moment on stage is real. Being face to face and feeling the crowd’s spirits. They’re getting energy from me and I’m getting it from them.

I’m a performer too! If they ain’t hype I’m gonna make ‘em hype. That’s me. Facts. 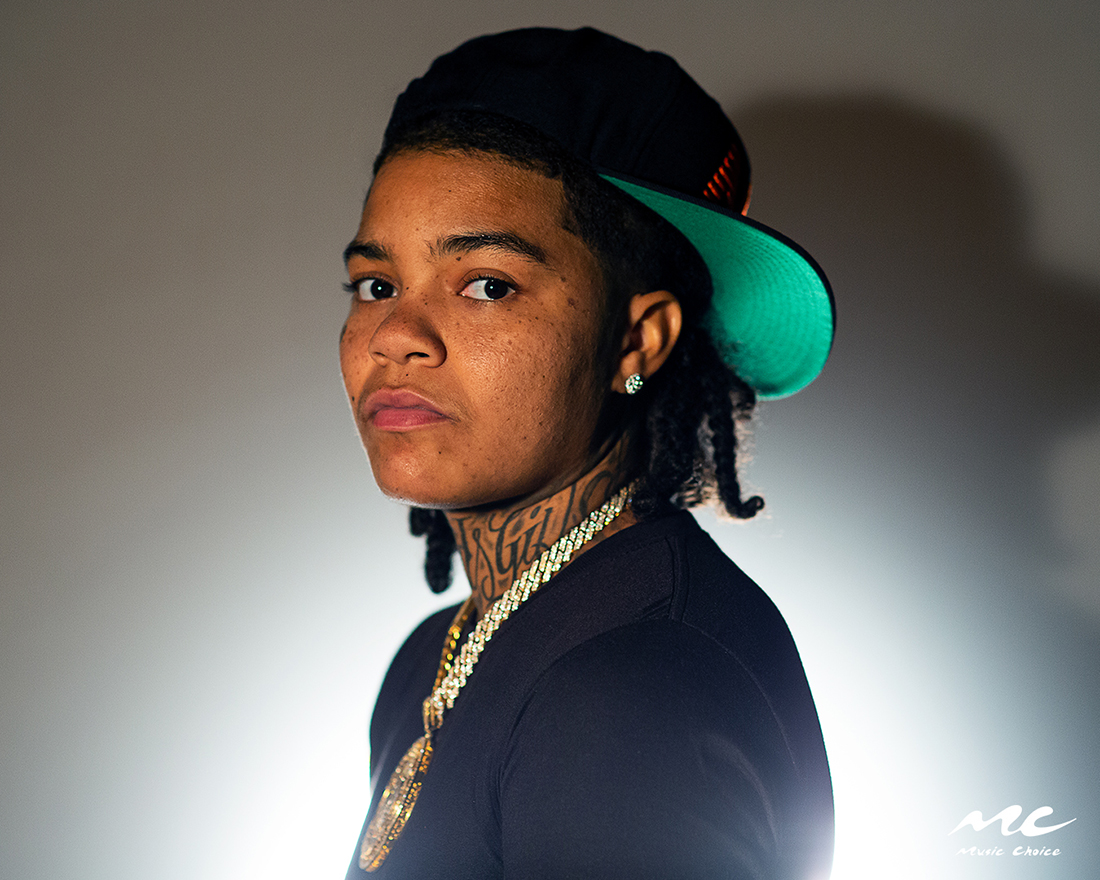